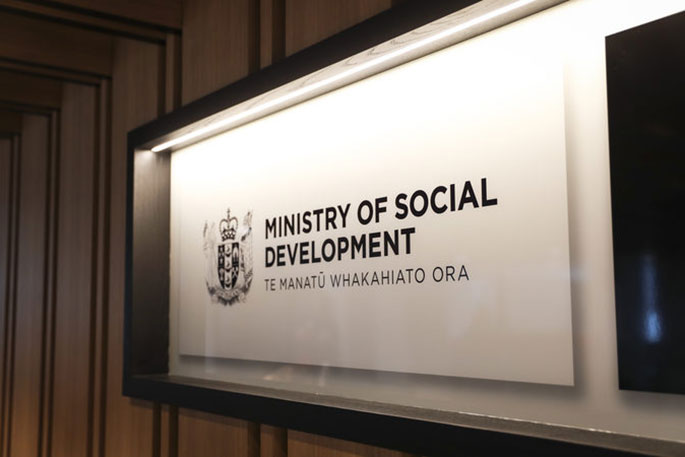 MSD said it will have started work on implementing the recommendations from this latest report by the end of the year - Photo: RNZ / Rebekah Parsons-King

A top-level review of the Ministry of Social Development's fraud investigation tactics has found serious gaps in training and oversight.

The independent assessment was ordered after the Privacy Commissioner's scathing report which says the ministry had been systematically misusing its powers while pursuing suspected fraud.

Released in May, that report found some of the ministry's investigations into suspected benefit fraud were excessive and even illegal.

Commissioner John Edwards blasted the practice of collecting large amounts of personal information from banks and telcos, without the peoples' knowledge, and said changes had to be made.

MSD ordered its own independent assessment and that report has just been released.

It identified a lack of ongoing training for experienced investigators, weak oversight, as a well as a failure to regularly review and update policies and procedures.

MSD deputy chief executive Stephen Crombie says they will be working to fix that.

"In this area it's very complex, and there's new practices, so it just highlights that we need to keep the training material up-to-date, keep our people trained and keeping that consistent across the country."

"There's a very formalised process which we introduced in May to make sure that the individual circumstances are taken into account and there is definitely a number of eyes across that to make sure we are making the right call."

MSD has suspended the practice of asking for information from the police and phone companies, pending a further review.

The report is little comfort to Sue Moroney, the chief executive of Community Law - the organisation that raised the alarm with the Privacy Commissioner in the first place.

"We're still not confident that MSD understands how badly it let down the beneficiaries who were exposed to that process," she says.

MSD is asking people to get in contact if they think investigators may have breached their privacy, but Sue says it should be much more proactive.

MSD should be getting in touch with people directly, letting them know what happened, and telling them how they can seek redress, she said.

Ricardo Menendez-March from Auckland Action Against Poverty says the Social Development Minister, Carmel Sepuloni, needed to keep a closer eye on how the fraud investigation team is run.

"In order for the unit to do the work that they're supposed to do,. the minister needs to step in and ensure that they're abiding by their own practices."

MSD says it will have started work on implementing the recommendations from this latest report by the end of the year.