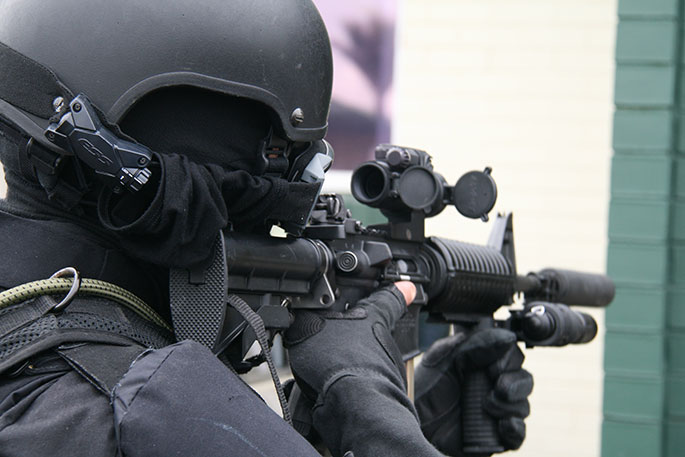 Armed police have been spotted in the Ohauiti area this morning.

A man who lives in the area says he was not allowed to leave his home this morning as there were armed police in the area.

Police were spotted in the rural area of Ohauiti Road.

SunLive has contacted police to find out what is going on.

"There is a pre-planned routine search warrant in Ohauiti," says a police spokesperson.

"The armed offenders squad is assisting as a precaution."