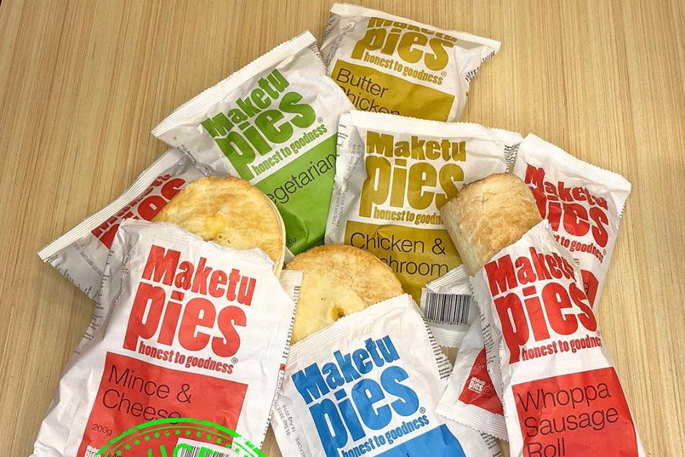 The famous pies will continue to be in pie warmers around the country.

Maketu Pies will continue to fill pie warmers across the country with the announcement this week that Te Arawa Management Ltd has purchased the iconic Bay of Plenty business.

TAML, the commercial subsidiary of Te Arawa Lakes Trust, purchased Maketu Pies after the business went into receivership earlier this month. The move will keep the company in local ownership, while providing wider benefits for Te Arawa and its people.

Te Arawa Lakes Trust chairman, Taa Toby Curtis says the purchase was “simply the right fit” for the subsidiary and its role in supporting the future growth of Te Arawa, its assets and whānau.

“Just as importantly, the decision is about ensuring Maketu Pies stays in local hands, rather than heading offshore or away from the Bay of Plenty.

“As a result, we can ensure that it will continue to support the local economy."

Te Arawa Lakes Trust was established in 2007 following the settlement with the Crown to return 14 lakebeds in the Rotorua area to Te Arawa. It succeeded the Te Arawa Māori Trust Board.

The Te Arawa waka landed in Maketū and it forms the basis of many important stories for iwi. The Trust’s commercial interests – managed by TAML – include property investments, farming, horticulture and fisheries, all of which help support the Trust’s environmental work, as well as its wider cultural responsibilities.

“Our role is to maintain and grow our assets – and diversify our asset base – so that we can support our people and our lakes long into the future,” says Taa Toby.

“Maketū is a specal part of the Te Arawa rohe, which we define as Mai Maketū ki Tongariro (from Maketū to Tongariro). We are proud to be playing a role in the next phase of this iconic business’ development – and contributing to its ongoing legacy.”

TAML Commercial Manager, Cassandra Crowley says while TAML has a cultural responsibility, its ultimate mandate is to derive commercial benefit for Te Arawa.

Cassandra says TAML will be looking for opportunities to solidify and develop Maketu Pies, including exploring potential partnerships with other businesses and organisations that could benefit the operation, and the local community.

“We’re really excited about this development and what it could mean for Maketu Pies, our people and wider Te Arawa.

“And it goes without saying that we’re particularly pleased that New Zealanders and manuhiri (visitors) alike will still be able to get their favourite Maketu Pie at corner shops, supermarkets and service stations across the country!”

Especially that a BOP company with connections to Maketu and the company will be taking it over.