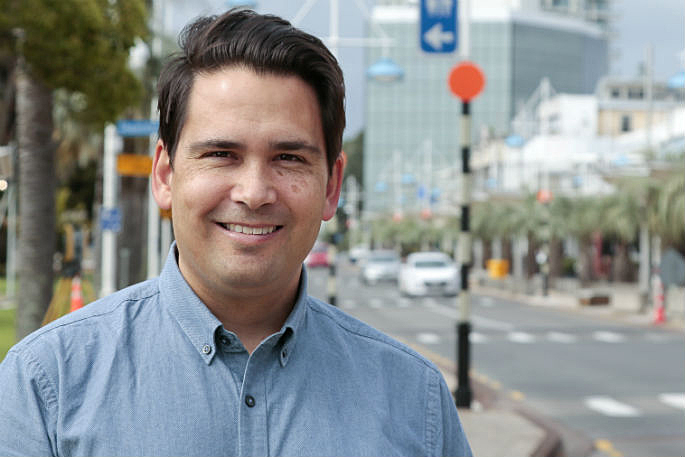 National Party leader Simon Bridges says a lack of action from the current government is the reason for the latest political poll.

The latest Newshub-Reid research poll shows National’s popularity has increased by 6.5 percent to 43.9 per cent – the highest of all the political parties.

The Labour Party's public support is now at 41.6 percent - a 9.2 percent drop since the last poll in June.

“It’s really good to see from a National perspective that we’re up. It shows a drop for the Labour party and the Prime Minister.”

“Ultimately it's about a sense around New Zealand that the government's not up to much, they're not delivering on things,” says the Tauranga MP.

He says in Tauranga specifically, there has been a lack of housing development and investment in road infrastructure.

“There's been a lot going on in the past but nothing new is happening, likewise in transport and roading. We need projects like the Tauranga Northern link, like an underpass at the Bayfair to Bay Park project.

“The only thing happening in Tauranga at the moment is something that the last National government, when I was transport minister, started.

“All of these things and the economy weakening, tax and cost, housing, transport and a lack of action is what's behind this current poll.”

Labour’s coalition partners New Zealand First is up to 4 per cent and the Greens saw a minor increase, putting them at 6.3 per cent.

It still completely shadows National leader Simon who is at 6.7 per cent, closely followed by National's Judith Collins at 5.2 per cent.

The poll has a margin of error of plus or minus 3.1 per cent.

Have you not learnt yet that you don’t make yourself look good by continually shooting someone/thing down. We all know what Labour isn’t/are doing. There’s no need to keep paddling that boat in circles. You’re a leader, a leader of a big party. It’s time to start highlighting what YOU will do. I know it’s available on the National site but you keep pushing negativity in the media and it’s not a good look. There is a place for it by all means but let’s see your true and positive leadership in the mediaas well. Don’t let us down.

It also shows New Zealanders do not prefer Simon Bridges as Prime minister still failing to register double digits as preferred Prime Minister.The Government is having to do a lot of work to remedy the neglect of the last Government especially in their last term some of it unpopular.