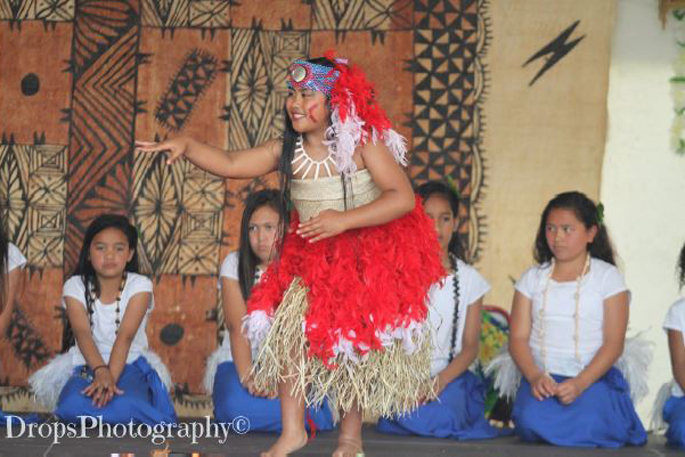 The Pasifika Festival in the Bay is being held on October 30. Image: Miki Nakagawa, Drops Photography.

Now into its fifth year, Pasifika Festival in the Bay, is a vibrant celebration of the unique cultures of the Pacific Islands through dance and food with a focus on the younger generation.

This year the festival is held at Sydenham Botanic Park in association with Brookfield Primary School and boasts a record number of 26 school performance groups ranging across the Bay of Plenty from Katikati to Te Puke.

The Pasifika in the Bay Festival is being held on Wednesday October 30, with performances between 9am and 2.30pm.

Cultural performance groups from schools around the Bay will be practising hard ahead of the big day that will see the 26 groups take the large outdoor stage in vibrant traditional costumes. Groups will represent nations from all over the Pacific including Samoa, Niue, Tonga, Kiribati, Cook Island, Fiji and more.

Alongside performances will market style stalls packed with authentic foods from the islands to tempt the taste buds. In previous years crowds have reached the thousands and organisers believe this year will be even bigger.

Pasifika in the Bay began five years ago with a small group of Pacific Island teachers within the Bay of Plenty area connected with the vision to raise Pasifika achievement within the school system by giving students a platform to showcase their culture.

“The event provides an opportunity for all students to perform on the big stage and showcase what they learnt about their Pacific Islands, and for some students it is about representing their own heritage,” says founding member Annette Laban.

“The experience to perform Pasifika dances in front of teachers, peers, family and the wider community builds their knowledge of Pasifika cultures and demonstrates their ability to be culturally responsive.”

Holding the festival is a great way for Pasifika students and families to strengthen relationships among the school and with wider community.

The committee behind the festival has grown over the years, along with the size of the event, but the vision behind it to promote Pasifika culture within the Bay, remains the same.