Mentoring the youth of Tauranga 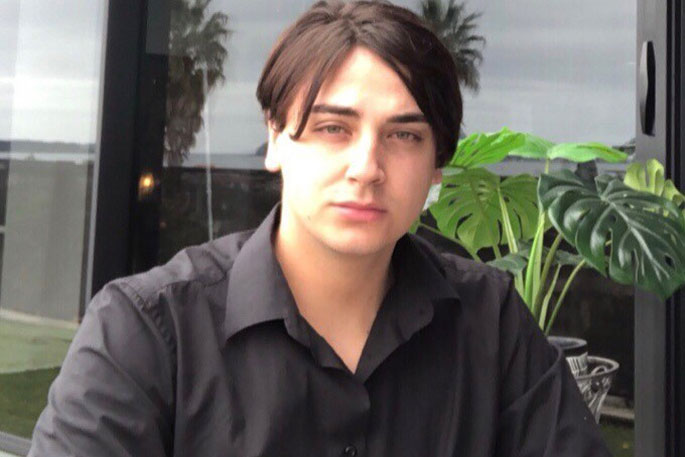 A 19-year-old Tauranga entrepreneur wasn’t sure quite where his future was taking him until he asked successful businessman for some advice.

Now he’s signed up for the Bachelor of Business Studies at the University of Waikato city centre campus in Tauranga next year and clearly focussed on his career goals.

“I didn’t know Tenby Powell, but I contacted him and asked if we could have a coffee. I didn’t think he would have the time, given how busy he is and he was running his Mayoral election campaign.

“I was just hoping he might have some advice on investment growth. He immediately said yes.

“I never expected it would develop into a mentoring role that has seen Tenby really help me define my future goals and been instrumental in getting me into University.”

Dayne says he had previously thought about University but had always doubted himself.

“I didn’t really have the confidence or focus to pursue it and I thought, if I did, I should focus on finance and accounting courses.

“Tenby told me to go and have a look at the course options and then we met again and he suggested I include marketing in the mix as he saw that as one of my core strengths.  I had never considered that about myself before.

“He could see my natural strengths while I was focusing elsewhere. Without Tenby’s advice I wouldn’t have considered putting the three together, but it feels like the perfect fit.”

Having defined the chosen courses at the University of Waikato, Tenby then offered to write Dayne a reference.

“I was pretty blown away with what he wrote. I know his reference was instrumental in securing my place for next year and I’m so grateful for that.”

In the reference Tenby Powell says “Dayne is an impressive young man who has a maturity beyond his years. He is passionate and intuitive about business and it is my belief that he will be successful as an entrepreneur.  He presents as a highly motivated person with obvious drive and ambition.”

There are similarities between Dayne and his mentor. Dayne was raised by his Mum, Tracey, and his grandparents Thomas and Mary Gear.

His grandfather was a successful New Zealand businessman and a NZ First stalwart; known as Winston Peter’s most trusted advisor for 26 years.

Dayne says he has no real interest in politics, despite his grandfather’s strong involvement. “Developing my business interests is what spins my wheels. I might only be 19, but I’ve spent a lot of my life growing up around older successful businesspeople and I came from a successful family.

“For me, I am fuelled by my desire to build my own future. I hugely admire what my grandfather Thomas achieved by creating his property empire and that’s why I have interests in the property sector.

“Now I want to leave my own mark on the business world and being able to seek the advice of other successful businesspeople is hugely helpful.”

Growing up around politics and businesspeople meant it was a natural inclination for Dayne to contact Tenby for some business advice.

“I have no qualms about reaching out to successful businesspeople to ask their advice on business matters, yet with Tenby you get something more.  He’s just really approachable and happy to share his broad knowledge base.

“Not all successful businesspeople are like that. It’s obvious from the moment you meet him that he genuinely cares and gets a kick out of nurturing people.

“I have been amazed at how engaged and supportive he has been to me considering how busy he is.”

Dayne feels mentoring for youth is a vital link that isn’t as readily available as it should be. “Many of my peers don’t see the value of tapping into the knowledge base of successful older people. That’s a pity.

“We sometimes think that because we’re the next generation coming through that we know it all, but I can honestly say that my future is more defined thanks to Tenby and I have more opportunities too.

“He seems driven to help young people succeed by guiding them on the right path, yet at the same time empowering them to do it largely themselves and really own their future.”

Ask Dayne where he sees himself in five years and his measured response sums it up.

“I will be forging a successful career in property and business investments. I know that. “

One of many mentors

The mentors I most admire in Tauranga are from the Graeme Dingle Foundation that really helps out youth and gives them the skills for life. Much more impressive than these politician mentors. Wonder who pushed this story?