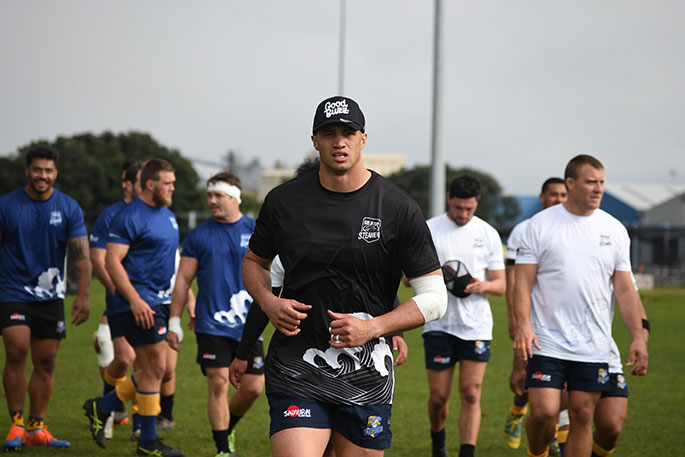 Rotorua International Stadium is set to host the Steamers as they play their Mitre 10 Cup Championship semi-final on Friday night.

By finishing top of the second-tier Mitre 10 Cup Championship, the Steamers get the Friday night game against fourth placed Manawatu, while second placed Hawke’s Bay host Otago in the Saturday afternoon match.

If the Steamers knock over Manawatu, they host the Premiership final Friday on October 25 at 7.35pm which will also be played in Rotorua.

Tauranga Domain is Bay of Plenty Rugby’s preferred option for home games based on crowd numbers and has been ever since they shifted their administration and training base to Mount Maunganui.

But the problem has always been that while Rotorua International Stadium is a proven international quality arena with floodlights to match, the domain is anything but.

The rugby played by the Steamers, the development Ngawha and under-19 sides this season is indication of the excellent depth of rugby talent in the province that now is the fourth biggest in New Zealand in playing numbers.

So if the Steamers gain promotion back to the premiership for the first time since 2013 – which is odds on to happen – then decisions will have to be made over the home base.

Once back in the big league, they will more likely be allocated higher rating night games against the game’s big boys like Canterbury, Tasman and Wellington.

Which plays into the hands of the Rotorua International Stadium.

Whatever profit may have been expected from good crowds in Tauranga, has been eroded by the extremely high expense of constructing temporary grandstands at the domain and keeping them up for the duration of the Mitre 10 Cup.

Obviously top class floodlights are desperately needed at the old ground but neither Bay of Plenty Rugby nor the Tauranga City Council seem likely to have the budget to pay for them.

So watch this space for news of developments in this key area.

A big shout out to Rotoiti’s pride and joy Baden Wardlaw, who this season jumped ship to play for Whakarewarewa.

The hulking lock with a good set of skills only made his Steamers debut last season at the age of 28.

Now he has picked up a Super Rugby contract with the Blues. Well-deserved Baden and a great example for others out there to never give up on your goals, keep training hard and doing the extras. One day your luck may turn like Baden’s has.

The Blues have also picked up brilliant Bay of Plenty winger Emoni Narawa for the 2020 Investec Super Rugby season.

The 20-year-old has signed for two years after impressing the Blues coaches when he came in as a replacement player this season and was a standout player for the Blues A team against the touring Honda Heat side from Japan.

Narawa was born in Fiji and educated at Hamilton Boys’ High School on scholarship, before being recruited by Bay of Plenty.

About time to move

Time to relocate the Race course and build a covered stadium there.After all we are the 5th largest City and growing.Maybe with our new Mayor who sounds progressive something can be done ASAP.And less cycle tracks built to waste money on.A Question when have you ever seen any one on these cycle tracks on a bicycle?