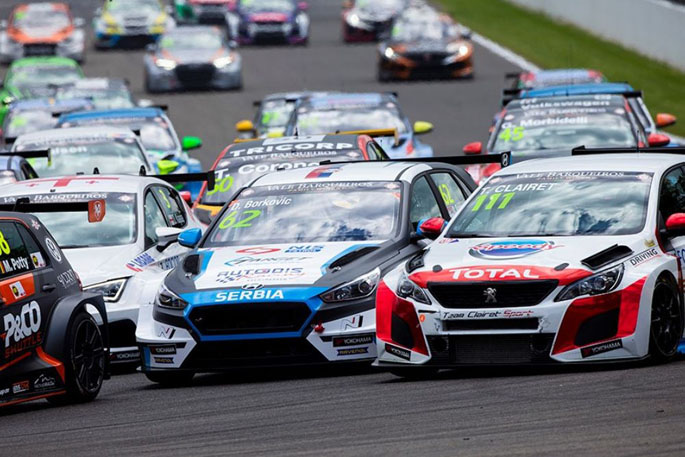 The all new TCR New Zealand series will be one of the stars of the new live TV coverage on Sky Sport. Image: TCR.

Speed Works Events has announced Sky as its official broadcast partner, confirming that its championship motorsport meetings will be broadcast live on Sky Sport.

The three-year deal will see qualifying and races for the major categories broadcast live on Saturday and Sunday on Sky Sport.

“We’re excited to be adding Speed Works Events to our growing portfolio of motorsport coverage. It is important that Sky continue to help support and grow local sport events,” says director of sport Tex Teixeira.

Its’s the first time in over 10 years that there has been a major step forward in TV coverage of the country’s premier motorsport championship series. The news that the racing will be live also comes at a time when there is increasing interest in New Zealand motorsport.

The introduction of the TCR New Zealand Series – the local incarnation of an increasingly popular global touring car formula, is generating plenty of interest. Likewise the new-look Castrol Toyota Racing Series, which is now effectively a regional F3 series for Australasia – has also fuelled anticipation of the season ahead.

The addition of D1NZ at three of the season’s weekends has also added another dimension to the summer’s top motorsport events.

“This is fantastic news for the sport and for the fans, drivers and teams alike,” says Speed Works’ Geoff Short.

“Sky is committed to international, regional and domestic motorsport news and coverage and having the top domestic championships broadcast live in their entirety is great news and should be welcomed by everyone.

“There’s a bit more news to come with other initiatives, but it’s great to be able to confirm the live package and a major step forward for the sport in New Zealand.”

Speed Works’ calendar for the 2019-2020 season begins in November at Pukekohe before moving to Highlands in January for its second event – the first weekend for the Castrol Toyota Racing Series and also the first NZ event for the TCR class.

January also includes the third event in the calendar at Teretonga, before the series moves to the North Island for the Denny Hulme Trophy meeting at Hampton Downs, the Motor Cup meeting at Pukekohe and the final round of the TRD series, the New Zealand Grand Prix at Manfeild Circuit Chris Amon.

The final weekend of the summer championship series takes place at Hampton Downs in March.

That all these NEW sports streaming/broadcasting providers are going to come unstuck !! The average punter only has so much $$$ to spend. Take a hard look at what is now on offer - Sky Sport - $75, Spark Sport (420 an month for what ?? - foe what, ($90 for RWC) how much for the Cricket ???, Sorry, but I think the average NZ’r will say NO to $150 PLUS a month within the next two years. OH and then there is Netflix and all the others for movies etc !!!