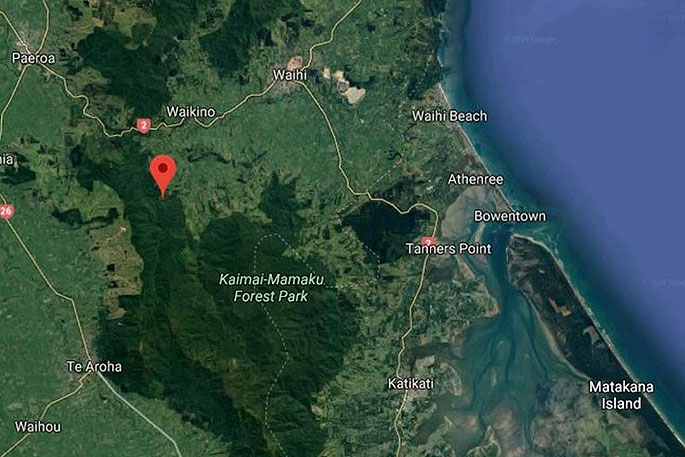 Police want to make sure the girl, thought to be about 12 years old, got home safely from the Waitawheta track, near Waikino. Image: Google Maps.

A girl seen limping along a Waikato walking track on Wednesday afternoon has sparked concern.

The fair-haired girl was seen by herself and about an hour into the Waitawheta bush track, near Waikino, police said.

Despite a caller's concerns it's thought she got home safely - but police want to confirm that.

A person who saw the girl around 2pm, and later rang police with concerns, thought she was about 12 years old.

"She was wearing a light blue t-shirt, black shorts and walking with a limp," a police spokesperson says.

"If that is you, or she is from your family or you know who she is, can you get in touch with us?"

A land search and rescue team couldn't find any sign of the girl on the track - which comes off Franklin Road - and police hadn't had reports of anyone missing.

The concerned caller didn't speak to the girl, but had contacted police around 3.20pm, says a police spokesperson.

The girl was alone when the caller saw her, and they were worried that she wouldn't be able to get out alone "with her apparent injury".