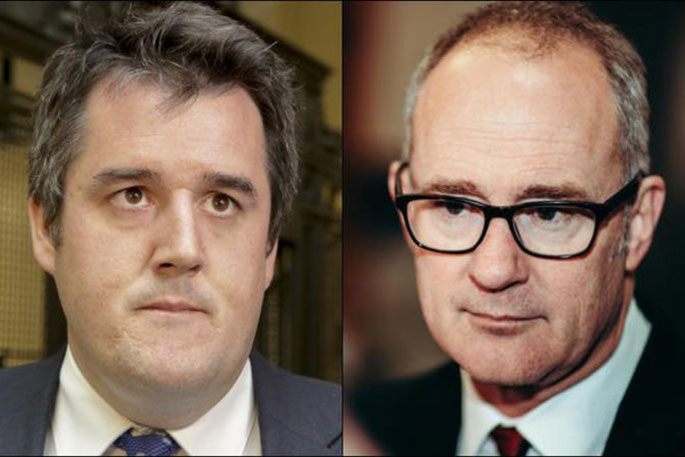 Road users are set to foot the bill for improved safety inspections, after years of patchy oversight and dodgy warrants of fitness.

The government said the failings, detailed in two reviews released on Wednesday, contributed to the rising road toll, and it wanted to set things right.

Transport Minister Phil Twyford laid the blame for a rise in deaths on the roads squarely at the feet of the previous National-led government.

"We are cleaning up a mess here that was left by the former National Government, the report clearly documents massive regulatory failures for the nine years National was in office.

"The report clearly states that the priorities and incentives were wrong and that the Transport Agency was encouraged to focus on building roads at the expense of its regulatory mandate."

"I think it's disappointing that Minister Twyford is potentially using what is a very serious issue to make a series of political attacks on the National Party, that's not what the report says.

The final report, reviewing the Ministry of Transport's oversight of the NZTA, did not blame anyone for a rising road toll, but Ministry chief executive Peter Mersi says the report is a "wake-up call" and the Ministry must share responsibility for regulatory failure.

As a short-term boost, the NZTA would get $45 million for operations and safety inspections on vehicles caught up in warrant of fitness failings.

But the papers released say there's no mechanism for funding NZTA's regulatory work in the longer term.

Phil says early next year, Cabinet would look at bringing in a system, recognising better enforcement benefits for all road users.

"We are going to commence a funding review of the Transport Agency so full policy process to consider exactly the capability that's needed, how much extra that it's going to cost and how that will be funded."

Road Transport Forum chief executive Nick Leggett says everyone behind the wheel could be forced to pay up under that new system.

"We have some concern because it sounds as though the government has a plan to add more costs to all motorists and transport operators.

"We really need to see more detail about that and also understand the definition of what the problem is."

Nick says truckers could not afford new levies... and did not want to see a swing from under-regulation, to expensive over-regulation.

"Another added cost, and it's not just the financial cost of more regulation, it's the time taken in having to jump through red tape and hoops that will actually slow down productivity."

A Cabinet paper also says NZTA would demand that garages and certifiers had higher insurance cover.

A truck certifier - who RNZ agreed not to name - says his guess is his insurance premiums will double or triple and he would have to pass that cost on to customers.

He says the NZTA insurance rules were too vague and needed tightening - even if it cost businesses more.

"The regulation is too wide, whatever is required to cover the expected risk, well... who knows what that is."

The NZTA also confirmed that next month it would stop giving out free warrant of fitness vouchers, and customers with dodgy WOFs would have to go back to their garages to seek costs.

and who stopped the proposed new roading from Tauranga to Katikati. Labour.. Disgusting, ridiculous. People are being killed on this road and Labour just wiped it. Come on people, get a government who will fix all our roading problems including north of Orewa. Do we just have to have a higher road toll for Jacinda to take notice?? We should make her drive from Tauranga to Katikati every morning or night & Orewa to Whangarei. I mean physically drive - that is if she ever does it now. Picking up someone from the airport - bet she wasn’t driving. ???

They (Nats) like to make political attacks but dont’ like it when they get one or acknowledge that they could have done something about it.