Surplus is at the expense of Kiwis - Simon Bridges 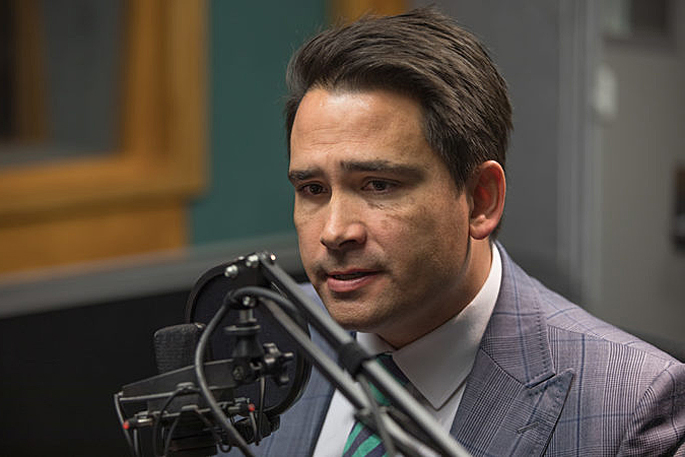 But Finance Minister Grant Robertson yesterday revealed the biggest budget surplus in a decade - more than double the forecasts.

Mr Bridges today told Morning Report that wasn't a sign of competency, instead it showed that Kiwis were being overtaxed.

"Mr Robertson's wallet is bulging at the expense of New Zealanders," he said.

"In Auckland, more tax and cost are being piled on in petrol and rent. What New Zealanders are saying to me is that it's got harder, and now we can see why."

He said there's a surplus on one side, but a big DHB deficit on the other.

"When you've got a $1b deficit in health, where you've got no new roads being built - pretty clearly health, education and infrastructure need a better job done.

"It's an overtaxation on the people of New Zealand who, whilst the government's got more money, are doing it tougher because of $7b more in petrol taxes, because of rent taxes piled on, because of electricity prices going up and up.

"Tax relief and the case for it is pretty strongly made out," Mr Bridges said.

Mr Robertson told Morning Report he acknowledged there was an important role for the government to play in terms of boosting the economy and his government had already addressed it in the previous budget.

He said the government also had to acknowledge storm clouds gathering for the global economy and be prepared to respond to a slowdown.

"We know that as a government it's important we deal with the deficits we were left in health, education, and infrastructure areas. We are getting on with the job of doing that, and I think we've got the balance about right," Mr Robertson said.

ASB chief economist Nick Tuffley agreed the government needed to be ready for a slowdown.

"It's been a good tail wind that the government has had, and that's encouraging. The caution we would have is that over the next couple of years, economic growth is likely to be a bit slower than what the budget forecasts were using."

Mr Tuffley also said it was encouraging to see the tax take was higher and said it could be a good time to spend.

"It wouldn't be a bad time for the government to be considering some high quality spending that it could put into place quickly, if needed, to help keep the economy ticking along."

National had a surplus because they didn’t spend money on essentials.

… they are going to need every bit of the 7 bn to weather the storms that are coming. Having said that, some tax relief would be appreciated by everybody...

Well said ASB economist.Good bark Simon.Lowest unemployment in a decade means more tax being paid and they are reducing the increased debt you left behind.