Heavy rain for the next few days 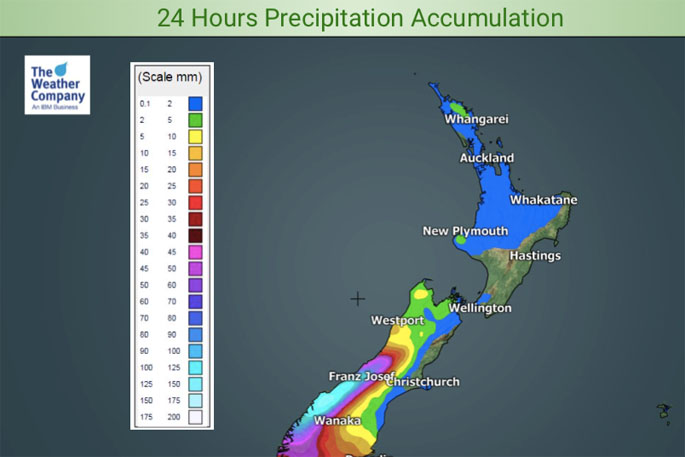 A subtropical flow across much of New Zealand will encourage some decent rainfall totals around western and northern areas, says WeatherWatch.co.nz.

“Next Monday we also have a low in the North Tasman Sea moving in with a burst of wind and more rain.

“Heaviest rain looks to be around the West Coast and some parts of the upper North Island.

“A colder airflow over the next few days will also bring in some snow to the South Island’s mountains and ranges.”