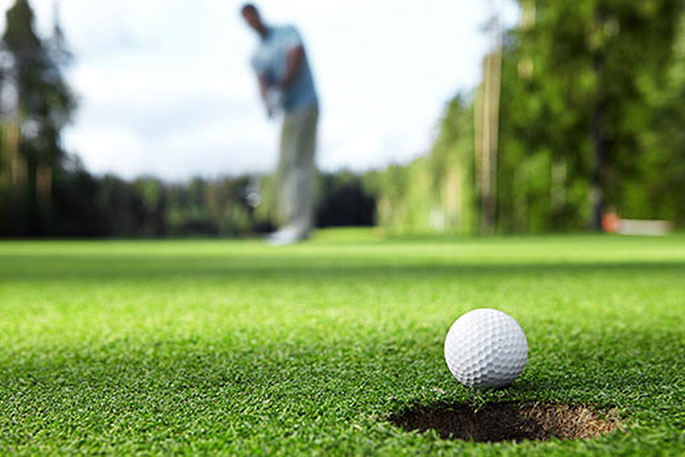 Luke Toomey has produced one of the shots of his career to claim the inaugural DVS Pegasus Open in extra holes, claiming his maiden Jennian Homes Charles Tour victory.

Toomey holed a bunker shot from behind the 18th green for birdie to beat fellow professionals Lachie McDonald and Daniel Pearce on the second playoff hole, as they all finished at 10-under for the tournament during regular play.

The Tauranga-based professional looked to be in trouble on the second leg of the playoff, hitting his difficult third shot over the back of the green into the greenside bunker.

He subsequently splashed his fourth shot out, and watched it roll into the bottom of the cup and celebrated accordingly.

“I honestly don’t know where to start or what to think. You watch that kind of stuff on TV and you never think that kind of thing will happen to you. Watching that ball fall over the front lip was a pretty unique and special feeling,” says an ecstatic Toomey.

“To win my first four round professional event in that fashion is something I’ve dreamt about, and to do it here in New Zealand is a dream come true.”

Toomey knew what the state of affairs was all day, and knew he had to make birdie on the 72nd hole just to force a playoff.

“I think I was annoying Phil [Assistant Tournament Director] all day. I like knowing where I stand so I knew exactly what I needed to do going up the last. To go and execute the required shots just so I had a chance at winning was very pleasing.

He fired rounds of 71, 69, 67, and 71 to finish regular tournament play at 10-under par. He’ll now go into next weeks Jennian Home Charles Tour event, the Carrus Tauranga Open, as one of the heavy favourites seeing it’s played on his home track.

Chen finished on a total of 11-over for the tournament, holding off a fast finishing Vivian Lu.

The Remuera Golf Club member said couldn’t be happier with how she handled the final day pressures of tournament golf.

“This is my first tournament so I’m over the moon.

“I was really nervous out there, especially on the last hole. But I played well the whole week, so I felt as though I was in control. It was certainly a challenging day out there,” says Chen.

She carded rounds of 72, 81, 72, and 74 to finish three shots clear of the reigning New Zealand Amateur Champion.

The next stop on the Jennian Homes Charles Tour for the women is also at the Carrus Tauranga Open.