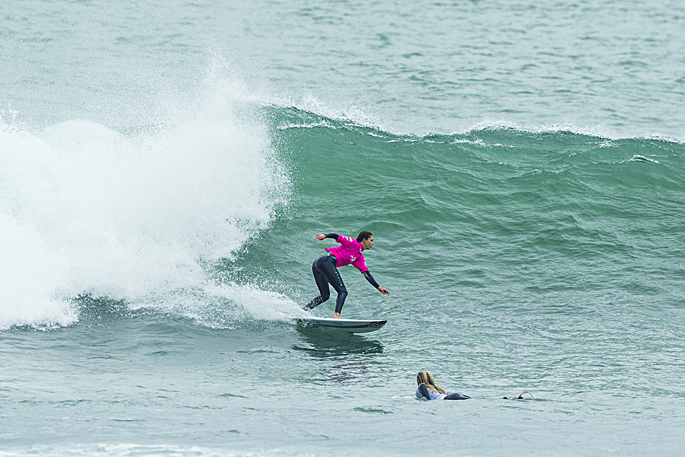 Mount Maunganui surfers are aiming to bring home the title for the Bay of Plenty team at the National Scholastic Surfing Championships this week.

Both surfers are set to represent New Zealand at the World Junior Championships at the end of the month.

The competition returned to Raglan, the birthplace of the event 31 years ago.

The event, which has unearthed two generations of top Kiwi talent, takes place all week at the famed Manu Bay, home to the perfect left-hand point break.

It plays host to 131 athletes from eleven regional teams and will climax on Friday with a live webcast of the action across the Surfing New Zealand social channels.

Day one started out with a solid 1.0m swell and offshore northeast winds which lasted all day. The conditions thrilled 130 competitors from around the country who are competing for the coveted team trophy and individual titles.

It was fitting that the local Waikato surfing team put on a dominant display of surfing leading the way for the early stages of the event.

15-year-old Kora Cooper posted one of the highest heat scores of the day – 16.6 out of a possible 20 points. The young natural foot surfer has likely spent more time surfing the break than any other surfer in the event and it showed as he made easy work of his heat.

“Stoked to have the event back at home on the point break here, I always surf here and it gives me an extra boost of confidence surfing here,” Cooper says.

“It is fun out there today, the bump is challenging but when the sets come they are super fun.”

Cooper says their main goal was to win the team title this year, a trophy that has eluded the region since 2008.

Cooper will be hoping his team can rise to the top under the tutelage of local legend Daniel Kereopa, himself having surfed through the event in the early 90s as a teenager. 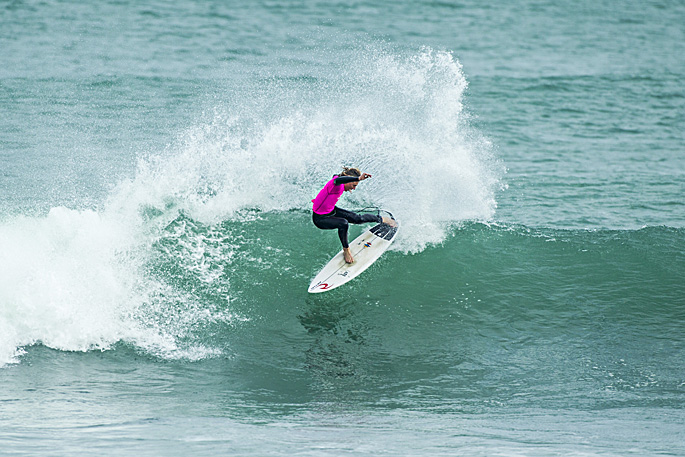 Under Kereopa, Waikato has at least a half-dozen serious title contenders in their team including Kai Woolf who was another local standout in the Under 18 Girls Division posting a 13.26 point heat total.

The defending champion Canterbury Ttam had success throughout the day with eight of eight competing surfers advancing out of their first round matchups.

This year both Wellington and Hawkes Bay fielded their largest teams in years with their surfers taking full advantage of the pumping Raglan waves.

Wellington’s Fergus Duncan and Lachlan Reddish advanced out of their first heat as the top performers. The Hawkes Bay surfers had a tougher time of it with their team members being relegated to the requalifying rounds.

Late in the afternoon the under 14 boys division rounded out a big day of competition with Auckland’s Bill Byers, Tai Murphy from Bay of Plenty, Kalani Louis and Raglan’s Tana Clapham advancing out of the first two heats.

Conditions are likely to be similar for day two of the event with a slightly smaller swell and light winds forecast.

The under 16 and 14 girls divisions will be contested along with the first round of the longboard plus the first requalifying rounds.