Next leg of Hauraki Rail Trail on track 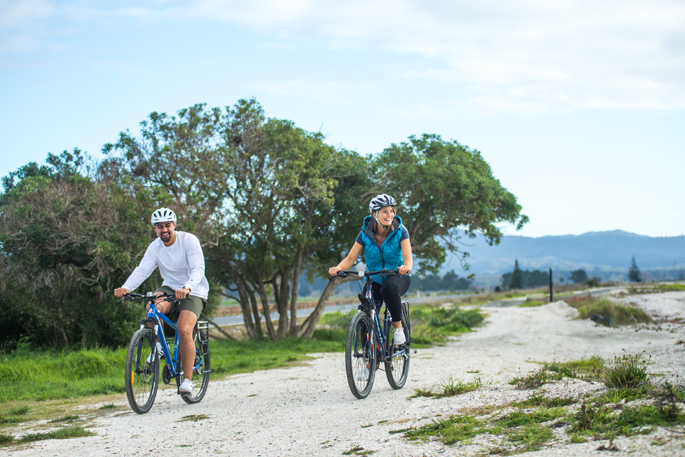 The plans for the 10km Pukorokoro-Miranda to Kaiaua leg of the Hauraki Rail Trail are on track. Image: Supplied/Hauraki District Council.

Plans for the 10km Pukorokoro-Miranda to Kaiaua leg of the Hauraki Rail Trail are on the right track and will start blossoming into life this spring says Plains Ward chair Gill Leonard.

Work will begin at the Pukorokoro-Miranda end of the trail in October, and it’s expected the trail will be ready to ride by March 2020, with the exception of a small section at the Robert Findlay Wildlife Reserve that is off limits for trail builders until April, due to the resident bittern population.

“We heard there was a preference for the trail to stick to the seaward side of the north of the County Bridge so we’ve adjusted our plans to reflect that. Some people have also questioned the safety of allowing trail users to share the road with vehicles when crossing the County Bridge,” says Gill.

“NZ Transport Agency has assured us that as the County Bridge is in a 50km/h area with low traffic volume and has a clear line of sight from both directions, no bridge upgrades are needed,” says Gill.

“However, public safety and wellbeing is paramount to us, so we’ll paint wide shoulder lines and other markings on the bridge, as well as install cycle safety signs 50 metres before and after the bridge as a precaution. We’re confident we’re on the right track.”

Earlier this year, the council received $80,000 towards a planned car parking and freedom camping area at Kaiaua from the latest round of the MBIE Tourism Infrastructure Fund. The fund is designed to help local councils meet public infrastructure needs where visitor growth is placing pressure on existing facilities.

The project also has the support of the NZ Motor Caravan Association which is contributing $10,000.

Gill says the money will be used to create a destination, not just a toilet-stop, at the Kaiaua end of the new trail extension.

“The Kaiaua coastline offers stunning views and this is a great opportunity to showcase the area,” she says.

Plans for the place include day and overnight parking areas with natural landscaping, as well as picnic areas, toilets and safety bollards. An upgrade to the adjacent pirate ship play ground is also on the to-do list a bit further down the track.

A robust, adaptable design has been used to help withstand any possible effects from the sea, with work expected to start around April next year.