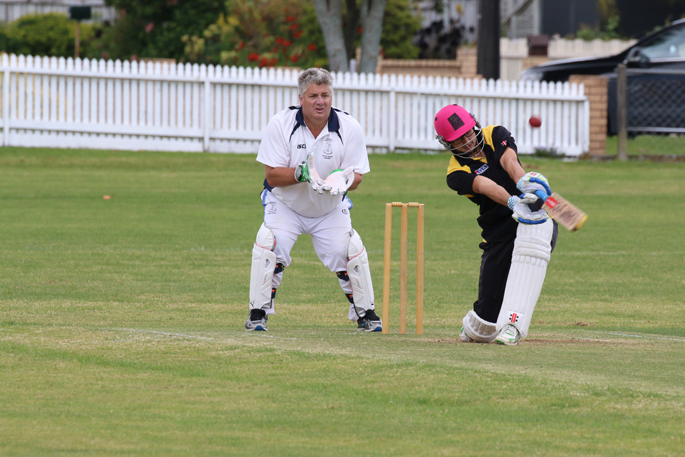 The Geyser City Cricket Club are making the step up to Baywide premier cricket for the first time, since being established some three decades ago.

Greerton steamrollered their way to victory in last year’s Baywide Cup, reaching the title decider with an unbeaten record, before dispatching Element IMF Cadets to win the Baywide trophy for the third occasion.

Cadets, who entered the 2018 title decider as the defending Baywide Cup champions, bat first on a wicket that looked to have plenty of assistance for the bowlers.  The Tauranga Domain based side, lost their first three wickets with just 25 runs on the board, before going on to set Greerton a target of 168 for victory.

At 100 for the loss of a solitary wicket, Greerton appeared to be cruising, before the Cadets bowlers struck back to rip out five Greerton batsmen for just a handful of runs.

Enter Tom Renouf batting at eight, as he defied the Cadets bowling storm to take his team through to a one wicket win, with an unbeaten 36 runs.

Cadets, who host New World Te Puke at Mitchell Park, have experience in spades in skipper Jono Boult who seems to have been around the local cricket scene forever. A century of Northern Knights appearances and 2440 runs and 155 Bay of Plenty representative wickets, give his side an edge that few premier sides in the country can call on.

Hard hitting Te Puke captain Stephen Crossan, warmed up for this year’s Baywide competition, when he smashed a century at the inaugural Lake Taupo Spring T20 Cup last weekend. Crossan, blasted the highest score of the weekend tournament, smacking 102 from the 65 balls he faced against Karaka from Counties Manukau. The Bay of Plenty top-order master blaster hammered eleven 4’s and fives 6’s in his time at the crease at Owen Delany Park.

The use of artificial wickets in the opening round of the Baywide Cup, sees Waipuna Park make a rare appearance as a Baywide cricket venue, where Bond & Co Tauranga Boys College will host Generation Homes Lake Taupo. Indications received are that both teams have bolstered their playing strength this season and they could both trouble the more fancied contenders, during the three Baywide competitions.

Eight-time Baywide Champion of Champions, Carrus Mount Maunganui, kick off their Baywide season campaign with a tough assignment, when Bayleys Central Indians pay a visit to Blake Park on Saturday.

The Rotorua combined side, were in sterling form in the second half of last season, with a third place finish in the Baywide Twenty 20 competition and finishing runner-up to Cadets in the Williams Cup.