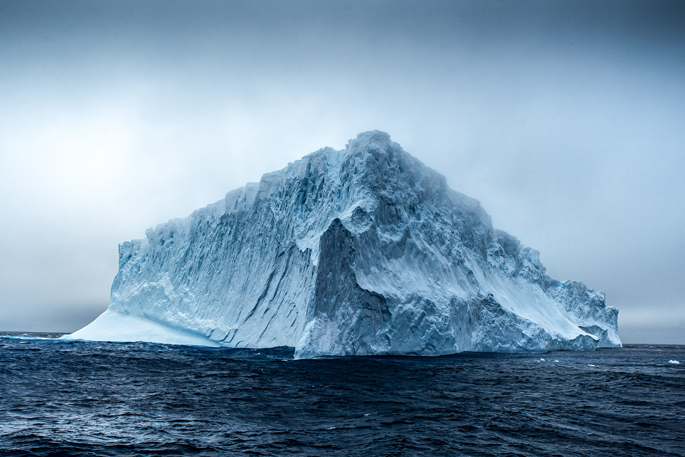 The iceberg which brought James to tears and won the grand prize in the competition. Image: James Muir/Supplied.

It may just be a photograph of an iceberg but the story behind it is so much more.

It is also the grand prize winner of the 2019 Sony Alpha Awards, which brings together the greatest images from across Australia and New Zealand captured on Sony Alpha cameras and lenses.

The awards aim to drive creativity, reward professionals and enthusiasts alike and provide a platform to showcase the very best Alpha Photography work.

The photographer behind the winning photograph is Coromandel’s James Muir, who bet out more than 4,000 submissions with the image titled Fresh Ice, Liquid Salt.

The photograph was one taken by James not that long ago when he was on a trip to Antarctica.

“I was on a ship sailing to Antarctica, and I was sitting in the bar playing Bananagrams with some friends when the captain came over the loudspeaker and said the first iceberg is coming up.

“We all joked about how small it would be because it’s the first one, and it would just be a block of ice in the ocean and it wouldn’t be anything spectacular, and we just carried on playing Bananagrams meanwhile the bar emptied out.

“The captain called out again, said the iceberg is coming up on portside, everybody out on deck.”

He says they only had one roll to go within the game so they decided to finish it. Once the game was over they decided that they probably should go see the iceberg.

“Suddenly someone poked their head down, I could hear footsteps running down the hallway and they were like ‘oi get up on deck now! It’s like right here.’

“We were like ‘oh that sounds serious’. So I ran downstairs, down the hatch, into my cabin and grabbed my camera and jumped onto the deck.

“The iceberg was right there and it was right beside the ship. It was huge, like ten stories high the size of a city block. It was just massive, the ship was a dwarf next to it, it was so big and it just took my breath away.

“It was just one of those moments where you suck in your breath and you stand their going wow.

“I could see everybody else standing just holding onto the rail of the ship just absolutely blown away. I took about four photographs and then I just put the camera back down again because I just didn’t want to lose that moment by putting the camera in between me and it, which is often the case with photography and filming.

“Sometimes you don’t photograph something or you don’t film something. There’s something there that you just don’t want to miss out on, so I didn’t miss out on that but it’s also at the same time I captured it. So I managed to get a few photos and capture it, and then just stand there. 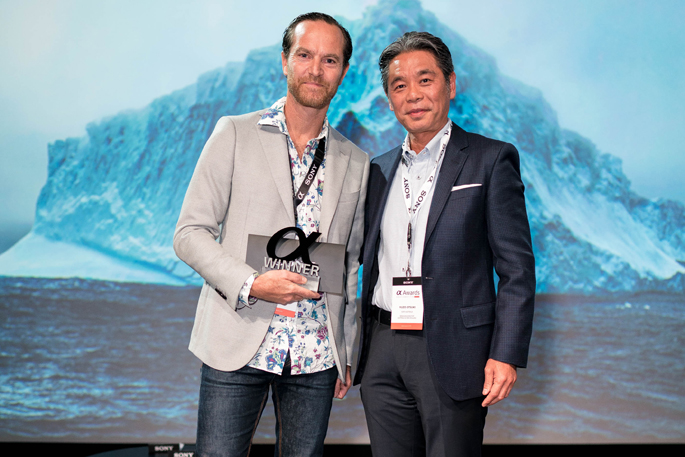 He says he thinks he won the grand prize of the competition is because of the power and the magic in the beauty of that moment that brought him to tears that actually came through in the photograph.

He says he was also very surprised when he was announced the winner.

“I was in a room with very serious photographers, so I was very surprised to win the top award.”

After the award ceremony, he also got the chance to speak to the head of Sony Australasia who also awarded James the prize.

“He said it was the best photograph in the competition and he was one of the judges for it too.

“It was neat talking to him and some of the other judges who really supported that win, so it’s really neat and it was like it wasn’t the photographer, it was the photo that won.”

Next up on James’ calendar, is the New Zealand Cinematography awards next week at their annual evening, where he has work submitted into the awards.

“Other than that, photography is just one of those things that if I do have a good photo that’s worth submitting, I’ll submit it, but otherwise my purpose is cinematography and making beautiful films.”

This is the third year in a row a New Zealander has taken out the award. 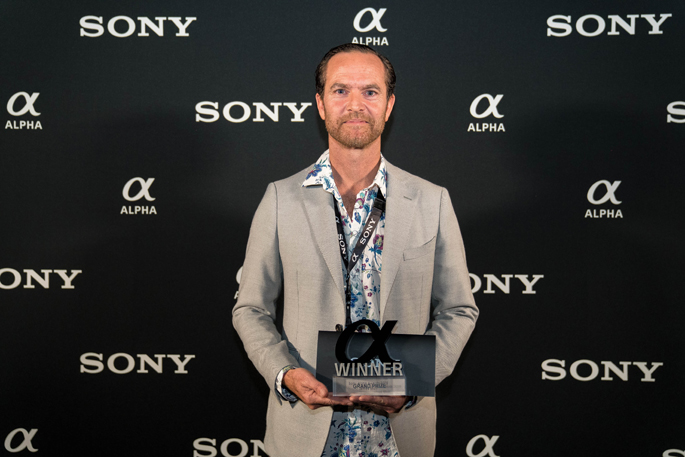