Warmer end to the week, but cold blast on Saturday 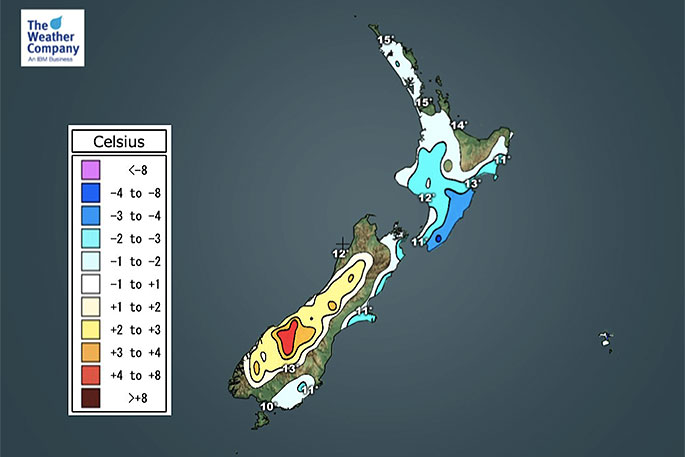 If you're sick of the cold you're going to love Friday's warmth, especially across the South Island where it's forecast to be several degrees above normal thanks to a west to north west flow, says WeatherWatch.co.nz

"Daytime highs could break the 20 degree mark in places that were single digits earlier this week and had nearby snow flurries. Spring is doing its thing!

"And in true spring style Friday's warmth gives way to another cold change as a cold front heads northwards on Saturday." 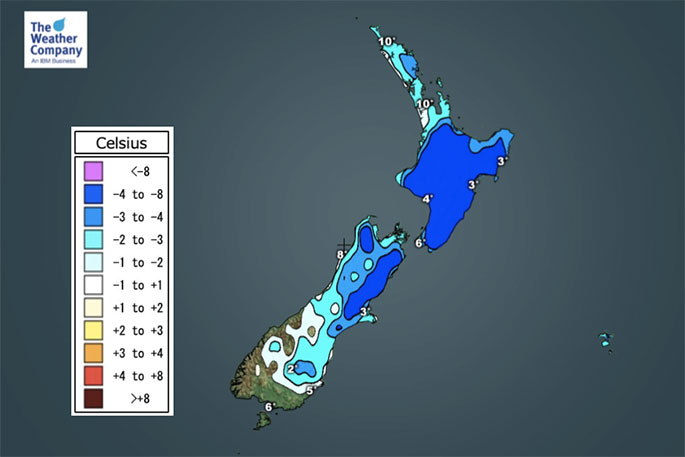 This means the South Island becomes colder on Saturday while the North Island starts off mild - but by the end of Saturday most parts of NZ should have a cooler change.

"The front will slow down and fall apart as it reaches the upper North Island on Saturday night.

"Sunday and Monday have colder nights but pleasant days as high pressure arrives."

Next week kicks off with high pressure and milder winds and while a brief cooler change in the very south around Tuesday much of next week looks to lean warmer rather than colder.

"However the set up next week may see sub-tropics winds for some regions while others in the south still have some airflows from the Southern Ocean. We'll keep you posted." 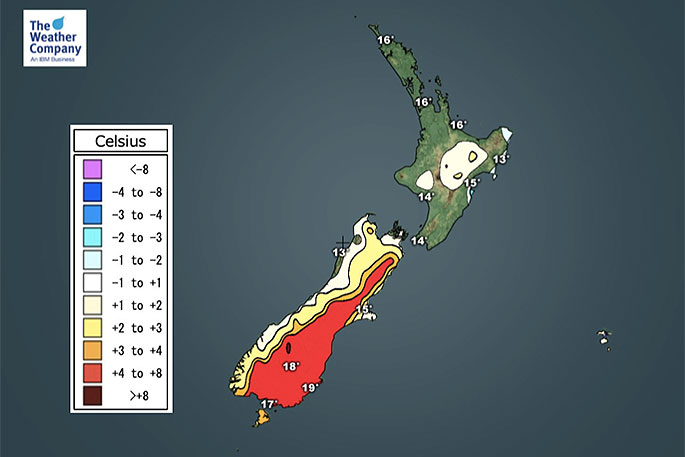