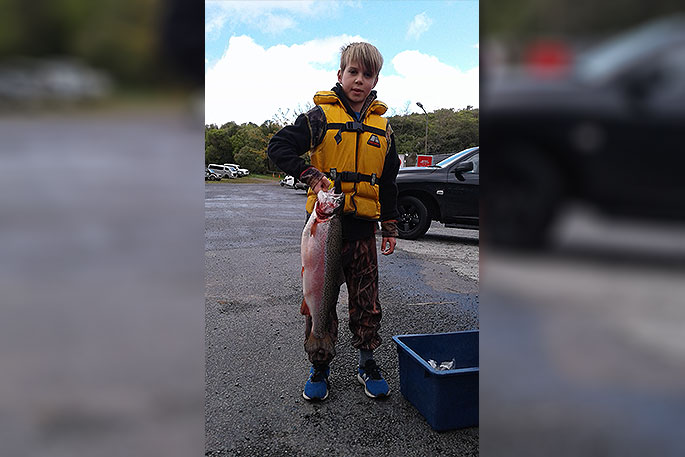 The opening day of the new trout fishing season kicked-off on Tuesday with a bang for hundreds of enthusiastic fishers.

Lakes Rotoiti, Tarawera and Okataina at Rotorua all opened to fishing at 5am, an event eagerly awaited by locals and many out-of-town visitors alike.

The weather forecast looked grim just 24 hours earlier, however, good luck was the order of the day with trout on the bite and the wind and rain holding off for much of the day.

Angler numbers were down a little on previous season, according to Matt Osborne of Eastern Fish & Game.

“The forecast was pretty rough for Tuesday and that’s likely to have kept a few of the families away but a hardy bunch were there in force. As it happened the weather didn’t really eventuate, and anglers were able to find a little shelter and fish throughout the day."

Lake Tarawera has shown a much needed performance boost with the two year-old fish averaging 1.45kg and 500mm.

Lake Okataina, which always produces some good trout didn’t disappoint either with an average of 1.65kg and 507mm.

Although it was the trout opening, many fishers acknowledge the day has deeper meanings for them.

“Anglers aren’t just here to catch trout but to celebrate the occasion and catch up with old friends and family. Overall most fishers caught trout, but for many that wasn’t why they were here,” says manager Andy Garrick.

The heaviest fish weighed by Fish & Game on the day tipped the scale at 4.10kg and came from Lake Rotoiti. 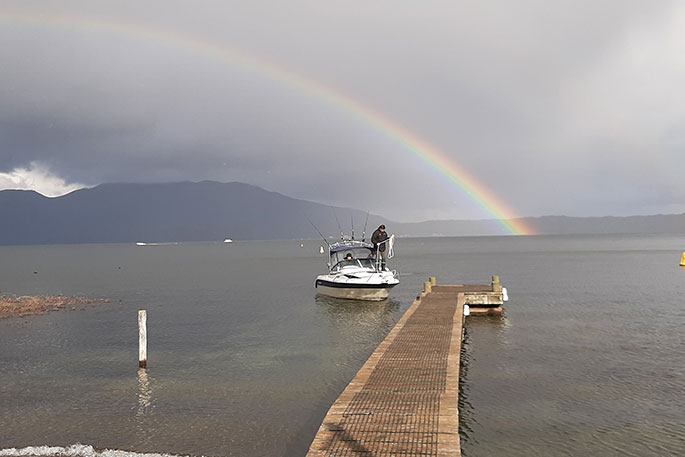 “October is a period when anglers mostly catch two-year-old year-class fish as they are the most commonly available at this time of year," says Matt.

"This year we've seen improvements in size of these fish in every lake and this augurs well for later in the season as the biggest fish are almost always caught during autumn and winter."

Matt says recovering three and four-year-old trout, after spawning last winter, are abundant in the lakes at this time of year.

“We had a bumper spawning last winter so there are likely to be a larger number of thinner recovering fish out there at the moment. They will put on condition during spring and be in great shape for summer."

‘Fish for Gold’ special tagged trout was caught on the opening day.

The lucky angler who had traveled from Hawke’s Bay to fish the opening made his catch on Lake Rotoiti and is now in the draw for a $10,000 prize.

The Fish for Gold promotion runs until October 13.