Kites to fly high over Katikati this weekend 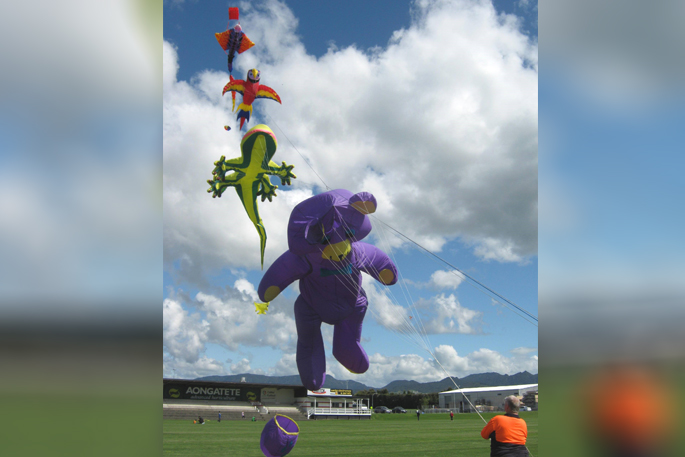 Peter Clark, from Auckland, flying a string of his Show Kites at Katikati. Image: Supplied.

Kites over Katikati is all set to go this Sunday October 6, at Moore Park as part of the 2019 Mural Contest and Arts Festival, says Katch Katikati’s Jacqui Knight.

“With the increased public interest in kite making and kite flying, we are holding Kites over Katikati at the end of the festival on October 6, so that the public can participate in the various kite making and display activities that are on during the festival week,” says Jacqui.

“We have New Zealand Kite Association members who will be participating including Peter Clark, Perrin Melcheor and Evan More, from Auckland who promise that if the conditions are right, then they will put on an awesome display at Kites over Katikati,” says Kaitkati’s Kiteman John Russell.

Kites over Katikati is happening on Sunday October 6 from 11am to 4pm at Moore Park.