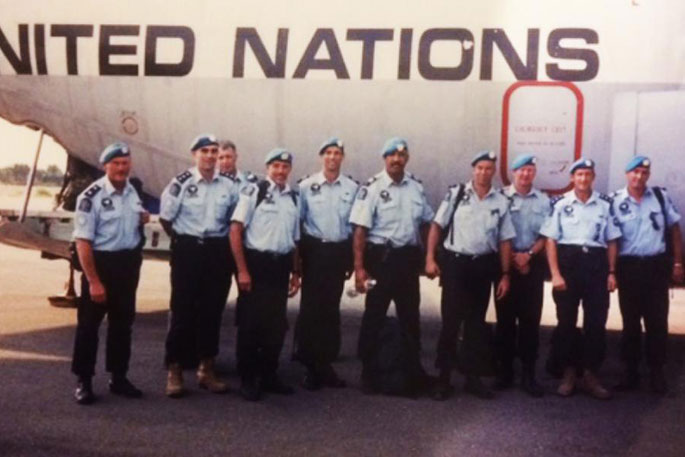 As Timor-Leste marks 20 years since its independence referendum, the commander of New Zealand Police's first contingent to serve in the new nation remembers.

It was a far cry from the turmoil of 20 years ago when Ten One spoke to former Rotorua Area Commander Ray Sutton last month.

He was fishing on the Blue Lake, about as different as it gets from his 1999 flight into Timor-Leste via Darwin as commander of the 10-man New Zealand Police contingent which was joining a United Nations peacekeeping mission.

Timor-Leste was heading for a referendum on independence from Indonesia. Tensions were high; after the pro-independence vote they exploded into violence. Local police officers were among those murdered.

Before deployment came two weeks' training at the Royal New Zealand Police College, which Ray still rates as excellent: advanced first aid including inserting IV lines; searching for mines; how to treat uniforms with mosquito-repellent; use of GPS and satellite phones; living off the land and generally fending for themselves.

It didn’t totally prepare them for conditions on the ground when they landed. They had to start from scratch, he says. 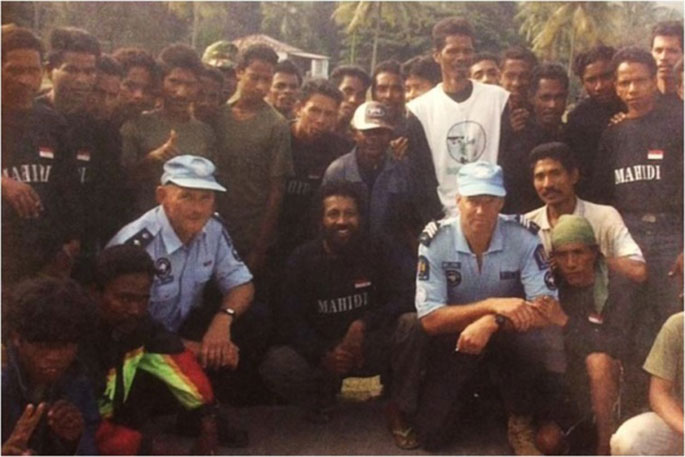 Ray and Sergeant Bruce Davies with pro-Indonesia militia before the ballot.

If they wanted to talk to anyone beyond Dili all they had were the unreliable SAT phones they took with them. The UN Operations base was an empty room.

And there were hardly any vehicles. When the team did want to travel beyond Dili they needed approval and escorts from Indonesian police. It was confronting for the New Zealanders, but commonplace for locals.

After a couple of days in Dili, Ray and three other Kiwi police, two Spanish and an Englishman moved to Liquica. The house they rented boasted neither running water nor a toilet – but was well-supplied with large cockroaches and ants.

Liquica was a hotbed of activity for the militia – Indonesians and East Timorese who were essentially enforcers for the Indonesians. Just months earlier at least 60 people had been killed by militia while sheltering at the local Catholic church.

Two other New Zealanders went to remote Ainora, half a day by 4WD from Dili, while two more went to Gleno, about two-and-a-half hours inland. Two remained in Dili. 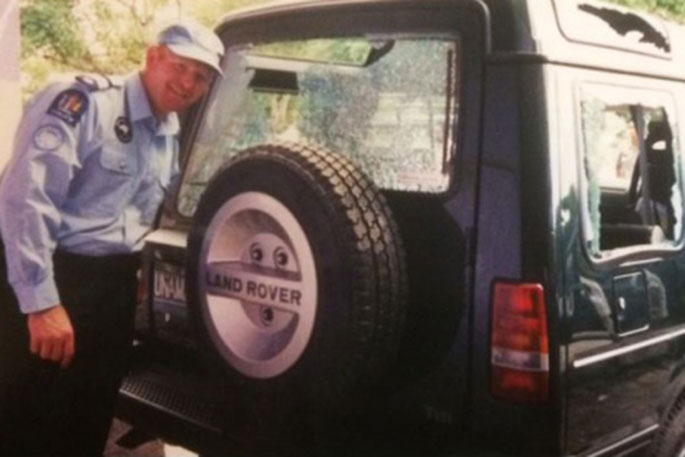 Sergeant Steve Wills with a vehicle damaged by a mob in Liquica pre-polling day.

Ray describes a “fractured country” with “plenty of tense moments”. He recalls one in particular when militia tried to attack Timorese working with the New Zealanders as interpreters. The result was evacuation of all UN personnel to Dili for a month while things settled.

All the New Zealand and Australian personnel had similar experiences, he says. At one point he asked a co-worker with sailing experience to assess the seaworthiness of local boats drawn up on the beach, in case they needed to make a quick escape by sea.

The mission was frustrating for the New Zealanders, drawn from Armed Offenders Squad (AOS) ranks at home, but with no mandate to intervene in Timor-Leste. “Our role was to advise the local police (Indonesian) and support the electoral officials. We had no legal powers.

"We had to think on our feet - everything we did was through diplomacy. Probably our best asset was our ability to get on with people.”

And at times they were also able exert a little international pressure by suggesting international media went “where the Indonesians were at their worst”.

He describes the Timorese as incredibly brave. Despite the best efforts of the occupying powers, people were totally committed to voting – many coming out of hiding in the jungle to do so. Ninety-eight percent of those who registered voted, and more than 70 percent opted for independence. They were “so positive and so brave”.

Inspector Steve Mather, then second in charge of the NZ contingent, was heading the UN Intelligence Centre. He says the Timorese were pretty frightened.

“They were very scared of the repercussions of voting for independence," he says. "There was definitely a lot of pressure to vote in favour of staying part of Indonesia. 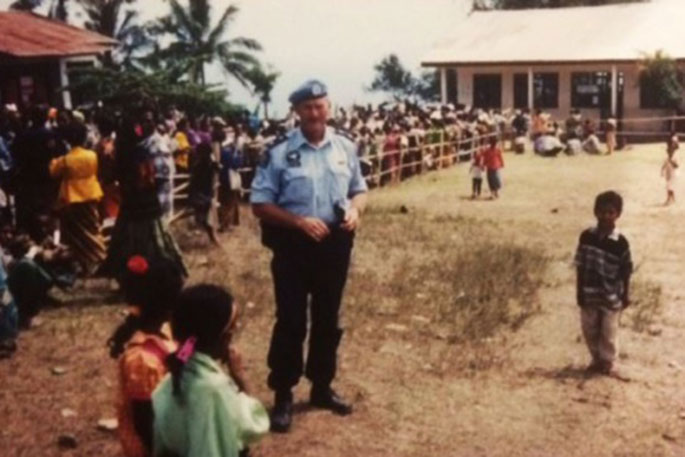 Ray at a polling station, the crowds an indication of the overwhelming desire to vote.

He mentions “warships up and down the coastline” and “fighter planes low flying overhead” in an overt show of force.

Although stationed in Dili, where he enjoyed the relative luxury of running - albeit cold - water and a flush toilet, he went all over the island and recalls skinny and malnourished locals living in primitive lean-tos with dirt floors, no water and no sanitation. It was a quite a shock, he says.

And then there were the mosquitoes, offering delights including malaria and dengue. First task of the day was to empty half a can of flyspray in the office.

He recalls the Timor mission as a highlight of his career – “one minute a senior sergeant in Christchurch and the next on an international mission. It gave me a bigger picture view.” Steve later served in the Solomon Islands, Samoa and Rio de Janiero.

The New Zealanders flew out on 2 September. They’d been there 81 days without a formal day off. But Ray says their hearts were still in Timor-Leste, and they remained concerned for the wellbeing of those they left behind.

Both Ray and Steve say Timor-Leste has a lot to offer, with just as much natural beauty as other, better-known resort islands, but still lacking infrastructure and investment. One day…

(all promoted one rank for the duration of the deployment):

Deputy Commissioner Mike Clement has been representing New Zealand Police at commemorations in Timor-Leste to acknowledge local and international personnel involved in the referendum and events before and after.
-Police Ten One Magazine.
More on SunLive...
0 Comments
You must be logged in to make a comment. Login Now
There are no comments on this article.