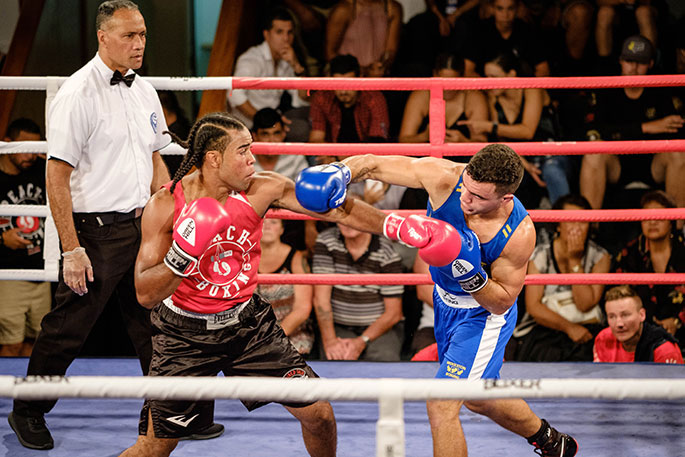 It's the first time that the championships have been held in the city since 1993.

The four-day event, running from October 2-5, will take place inside the Hastings Sports Centre and will feature over 150 of New Zealand’s most talented male and female fighters.

The participating athletes will compete in one of four  categories which are Cadet, Junior, Youth and Elite.

There will be an extra incentive this year for those fighters participating in the Elite category with the Tokyo Olympics less than one year away.

The IOC is set to hold Olympic qualifying tournaments in 2020 with the Asia/Oceania tournament penciled in for early February in Wuhan, China.

Any local fighter looking to attend the event will need to catch the eye of the Boxing New Zealand selectors, who will be closely following results from this week's tournament.

One fighter who is sure to attract plenty of attention from both selectors and the fans is light heavyweight Jerome Pampellone.

The 23-year-old recently returned from the AIBA World Championships in Yekaterinburg Russia, where he made it through to the top 8 before losing a close-fought contest to England's Benjamin Whittaker.

Earlier in the tournament the Auckland-based fighter had stunned pundits when he defeated the No 3 seed Abdelrahman Salah Orabi via unanimous decision. It was a result that made people sit up and take notice of the previously unheralded fighter.

Pampellone, who only began boxing three years ago, is a developing talent but his performances in Russia, have marked him out as one of New Zealand's best prospects.

However, one person not surprised by his achievements is Pampellone's head coach Isaac Peach.

"I knew how good he was, but it was pretty amazing how it kind of clicked for him. It's all very well getting to a certain stage in the gym, but when you go to the world stage, a lot more comes into than just boxing. So for him to perform on that stage is unbelievable,"says Peach.

Peach, who is the head trainer of West Auckland's Peach Boxing feels that Pampellone is an inspiration to the gym’s junior fighters.

"I think with Jerome it is pretty good for the young guys as he shows them it is possible. I think it shows the kids that realistically you can get there it's not that far away."

However, after his time away, Peach is aware Pampellone now needs to return his attention back to his domestic competition.

"It's my job to get him focused, which he will be, but it's not easy when you have hit such a high to get up six months later, let alone a week later," says Peach.

The last time New Zealand had a boxer qualify for the Olympics was 2012, but there is hope amongst fans that in 2020 that drought will end. Alongside Pampellone, there are a handful of other fighters such as two time Commonwealth Gold medallist David Nyika, who look capable of making it to Tokyo.

This week's event should have no shortage of excitement and drama.Hawks Bay boxing fans should be in for a thoroughly engaging four days of action.