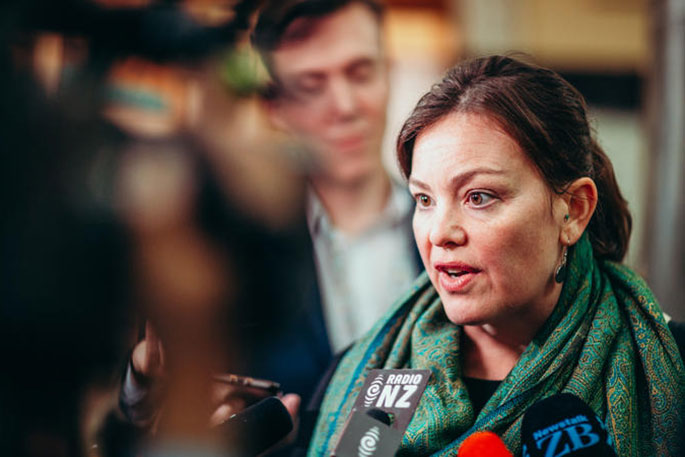 It's assuring those who made submissions via the National Party that their views will inform its advice to Associate Transport Minister Julie-Anne Genter.

In July, Julie-Anne sought feedback on subsidising lower-emitting cars by levying higher-emitting ones.

On Sunday, National leader Simon Bridges accused her of gagging people opposed to the scheme, because only 500 of the more than 1500 submissions sent through his party's website had been accepted.

On Monday, ministry chief executive Peter Mersi promised a thorough assessment of how the submissions came to be flagged as spam.

"The whole purpose of the public consultation process is for individuals and organisations to voice their views on a policy proposal. It was wrong for legitimate submissions to be flagged as spam.

"I want to assure all those who made submissions through the Campaignnow website that their views will be considered as part of the analysis process. Information from the submissions we received will serve to inform the advice given to Ministers on the policy proposal later this year."

He says he's writing to Simon to personally apologise for the mistake.

"One thousand, six hundred and forty-four submissions were received from the same email address, and the majority were sent over a short period of time.

"This, and the fact that the emails themselves were largely identical in content, led Ministry staff to conclude they were being sent as part of an automated process.

"The Ministry only became aware that the submissions came from a legitimate source following media statements yesterday from the National Party.".

In a statement, Simon says he's pleased to see the hundreds of New Zealanders who were blocked from having their say on Labour's car tax will now have their submissions counted.

"It's disappointing that we ended up in this situation to begin with, but credit to the Ministry of Transport for acknowledging its error and taking steps to correct it," says Simon.

"The government cannot ignore the fact its proposed car tax is a bad idea. It will increase the price of some of New Zealand's most popular vehicles by up to $3000.

"This policy will hurt farmers, tradespeople and low-income earners for whom low-emission vehicles will still be too expensive, and it will only reduce emissions by 0.09 percent over 20 years, according to Treasury."

@What does that have to do with the article topic? Do your research if you want to know what National policy is. It’s all on their website. I know you won’t.