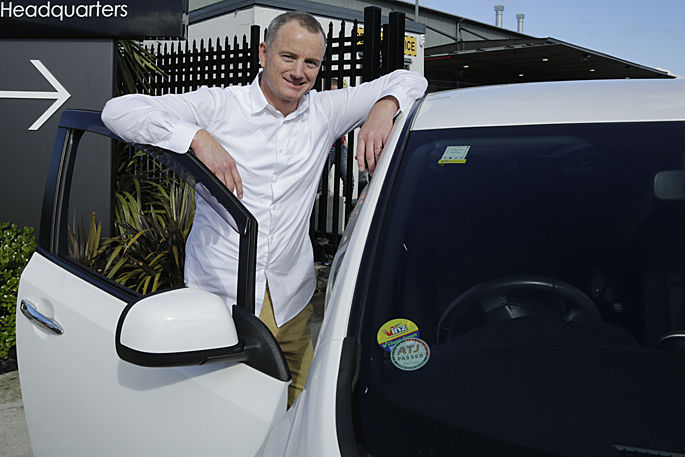 One of New Zealand’s largest used car retailers has launched a new initiative to replant more than half an acre of native forest.

The trees will be planted in a Northland reserve by the Native Forest Restoration Trust, a charitable organisation dedicated to protecting New Zealand’s native forests and wetlands.

Daniel Buckley 2 Cheap Cars CEO says they expect to plant around 1,000 trees as a result of this initiative and want to utilise the opportunity to encourage motorists to drive in a more sustainable way.

Daniel says there are a number of actions every motorist can take to ensure they reduce their impact on the environment, especially if heading out of town these school holidays.

“Keep the vehicle's tyres inflated to the correct pressure, ensure your vehicle is serviced regularly, and check the air filters which can clog and reduce mileage. The additional weight of items left in the boot or a roof rack can reduce fuel efficiency noticeably.

“Drivers should avoid peak traffic times where they can, and also try to plan ahead to take the shortest route; if they own more than one vehicle, take the one which uses the least fuel,” he says.

Sandy Crichton from the Native Forest Restoration Trust says they have planted 80,000 native trees over the past three years.

He says the trust manages over 7,000 hectares of protected forest with each piece of land purchased assessed on criteria such as ecological significance, size and connectivity, environmental values and restoration potential including its capacity to naturally regenerate.

“Sometimes nature just needs a bit of a helping hand and that's where planting comes in.

“The trees we plant are all eco-sourced, grown from seeds collected locally and those used during this initiative will be planted near the Waipoua Forest - the home of New Zealand’s largest known living Kauri tree Tane Mahuta,” he says.

Daniel says World Sustainability Day and International Day of Climate Action fall in October and it's a timely reminder for the car industry as a whole to move towards a more sustainable future.

“Our aim is to introduce much larger volumes of electric vehicles into New Zealand as they become available within the secondary market, we also want to leverage our scale to make a positive contribution to the environment.

The trees will be planted in winter next year in the Professor W.R McGregor Reserve at Katui on the southern border of Waipoua Forest in Northland.

The company will plant one native tree for every vehicle purchased during the month of October, Daniel says.

Interesting statistics however there are a few points missed. 1. Good idea on planting more trees as they suck up the emissions from the vehicles & convert that into more oxygen. For all the trees that are along our state highways & roads not one appear to be dead. 2. Plant more trees & create a lovely haven but again another flaw. Our government appears hell bent on applying 1080 on our beautiful forests so what good is that going to do once the birds & every other wildlife is extinct. It’s called a cycle, trees require birds & bees etc to pollinate & spread the seed to grow more naturally. If there is a major power outage how does one get to work or take the children to school when your little car didn’t get charged. Honestly people wake up & think about the consequences!

Can the electricity grid...

handle having massive amounts of EV’s here? Will thousands more EV’s a year mean the price of electricity will rise? What will happen when an electric vehicle crashes and electrocutes the occupants of a non EV vehicle or burns down someone’s house it crashes into? I for one am not convinced EV’s are the way to go. A small percentage is probably ok, but more than 20% may become a nightmare.