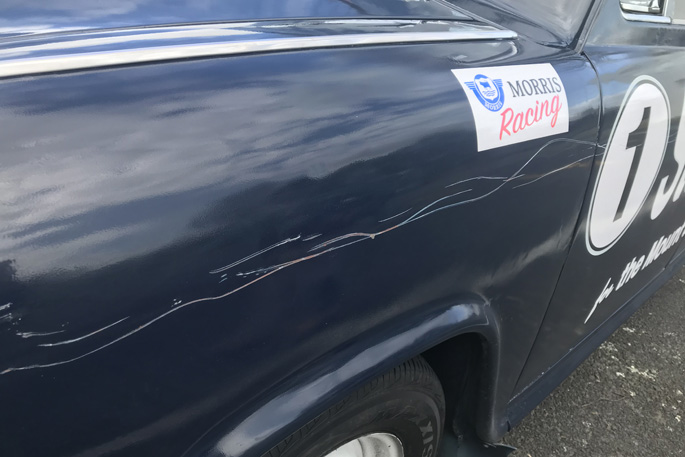 The damage on the 1957 Morris Oxford. Images: Steve Morris/Supplied.

A councillor running in this year’s Tauranga City Council elections has had his car vandalised in Mount Maunganui over the weekend.

Steve Morris says more than a thousand dollars’ worth of damage was done to the car on Sunday.

Images show that the vandal took a rock and scraped the full-length along both sides of Steve’s 1957 Morris Oxford down to the bare metal.

He says this incident happened in broad daylight and in front of a security camera.

“It’s common for election signs to be the target of vandalism, but this latest act takes it to another level.”

Steve’s children were with him at the time and were upset when they returned to see the damage to their favourite car. 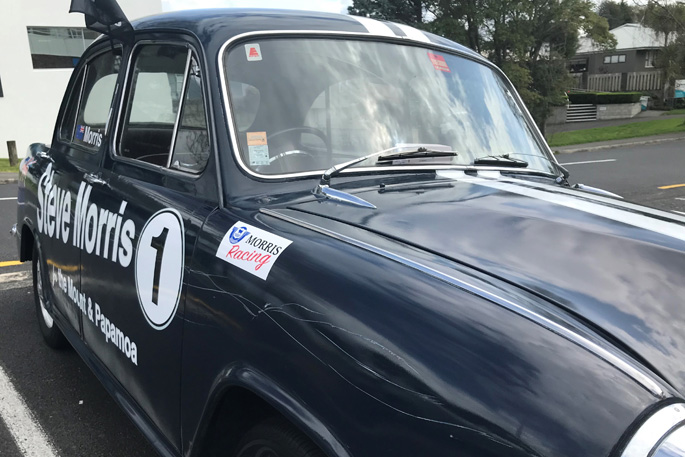 Steve says this isn’t the only bit of hate that he has received during the council election campaign period and he says there seems to be no bottom to how low some people will go.

He says he was abused in front of my eight-year-old daughter on the street a couple of weeks ago.

Abusive voice mails have also be left on his phone.

“This election has really brought out the worst in some people.”

At the start of August, current councillor Leanne Brown announced she wasn’t standing for the 2019 elections partly because of the torrent of hate she receives from online bullies.

“I understand Leanne’s need to take time out and heal. I envy her in a way, but these attacks only make me more determined to beat the bullies and win,” says Steve. 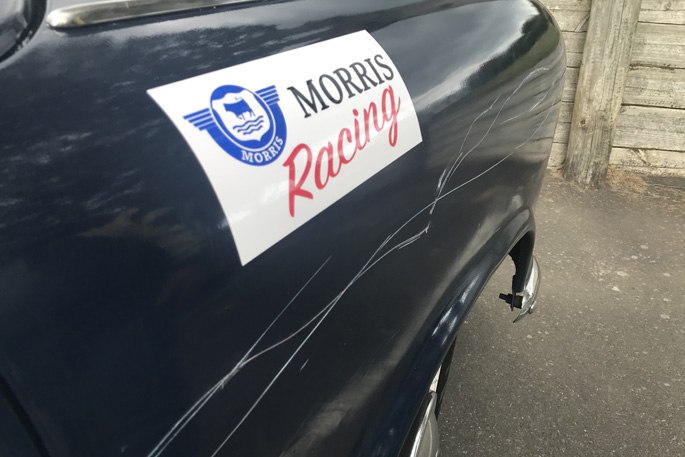 Old trucker. What they are doing all day is having meetings, arranged by their vast numbers of PAs, to dream up new ways of wasting our money just to keep their little empires growing. It needs a massive cull, mostly of PAs and jumped up managers. Councillors are no better, certainly the current bunch. Just out for themselves, trying to make a name for themselves by wasting millions. Makes me sick.

Agree with By Honesty, it makes me sick, all these sign boards out, and like you say if we put one out,or have a car for sale on roadside they TCC a right onto ya, they DONT like you to have FREEDOM, this guy is always talking things up,he gets a FAT PAY cheque and DOES NOT CARE about us, as long as he gets back in he will forget us, if us left our car out ad got sctratched they would not care, funny how he goes to the paper with this so people can feel sorry for him ,TCC needs a GOOD SHAKE UP and get RID OF all the DEADWOOD,and cut staff by 400 out of 600, what do they do all day,my GOSH,anyway my thoughts only on this subject, Thanks Sunlive, being NO1 in News is AWESOME, 10-4 out. phew.

Well sad for the car no one should do this. But i must say you get sick of seeing all these billboards around ill do this if u vote me it or pick me what aload of rubbish and a destruction to drivers. When any old jo blogs want to put up a sign or put one out to advertise there buisness the councail phones u up or comes and sees you to say remove it or you will get a fine or they will remove it its WRONG they should practise what they preach or fine the people for putting them up they should all be removed cause they dont do what they say they will i wont vote for anyone of them waste of time

No new laws required. This is Wilful Damage plain and simple. We do not need to bring new laws in to enhance the leftist agenda of control and fear.

i am not at all surprised in this climate we live in now discipline and respect went out the door a few years ago, do- gooder’s in the country put paid to that this is the result we are breeding a nation of more,

This type of vandalism is not acceptable in an enlightened Society no matter what candidate you support. They are all trying to do the best for our community and with this added to online hate it is an is no wonder that some are leaving. Sorry to hear that this has happened to you Steve :-(

Feel sorry for Steve Morris with what has been done to his car. Hope the culprit is found and punished as an example to others. Most of us live here because we love the place. Please keep it safe folks!

Disgusting what was done to Steve Morris car! Maybe time to ban hate actions? Who did it, needs to be severely penalised to stop this. What example are we setting for our children?!

.....but may be people are getting sick of politicians and Councillors saying one thing to get voted in and then doing something completely different once elected. It’s wrong that someone has done this to Steve’s car though.

This has to be stopped.

This is not about Politics, it is about Democracy. Candidates should be able to stand, secure in the knowledge that attacks of this nature (verbal or physical, or any kind of bullying...) will be pursued by Police and penalties will be serious. I believe people who do this should lose their right to vote. (Certainly, at least for the election in point...) All of us have to respect the Law and control our tempers. Cowardly attacks like this need to be stepped on hard and quickly. If you disagree with a candidate, there is a process and a mechanism for that; we don’t need to descend into chaos.