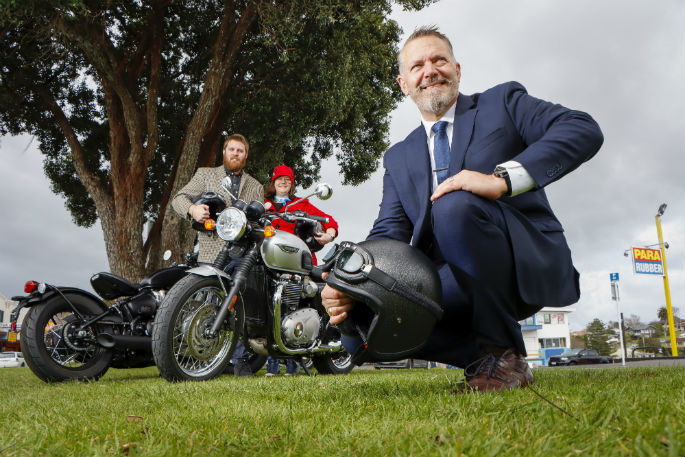 It’s a blokey event – by blokes, for blokes, about blokes. It’s motorbikes, male mental health, prostate cancer with lashings of panache and style.

It’s the Tauranga Distinguished Gentlemen’s Ride – but a global event where motorcyclists clamber into their finery and clamber aboard motorbikes and go for a celebratory fundraising spin.

It’s the fifth outing for the DGR on Sunday September 29 here in Tauranga.

“The DGR is a time we open up and talk man to man about health and looking after each other,” says Damian. “Male suicide isn’t going away and if we can focus on supporting and encouraging frank discussions, then we are on the right track.

“The other touchy subject is prostate health, something we men tend to shy away from. It’s a light-hearted event, so while we might joke about it, the message is still there - go and get checked.

“We all love riding our bikes and we can get out there and raise money for a good cause as well,” says Mal Butler.

The ride was founded in Sydney in 2012 and inspired by a photo of Mad Men’s Don Draper astride a classic bike wearing his finest suit. It was decided a themed ride would be a great way to combat the often-negative stereotype of men on motorcycles.

That first ride brought together more than 2500 riders across 64 cities. Since then, the event has grown annually. Last year, the ride raised over $US5 million, with more than 100,000 riders registered.