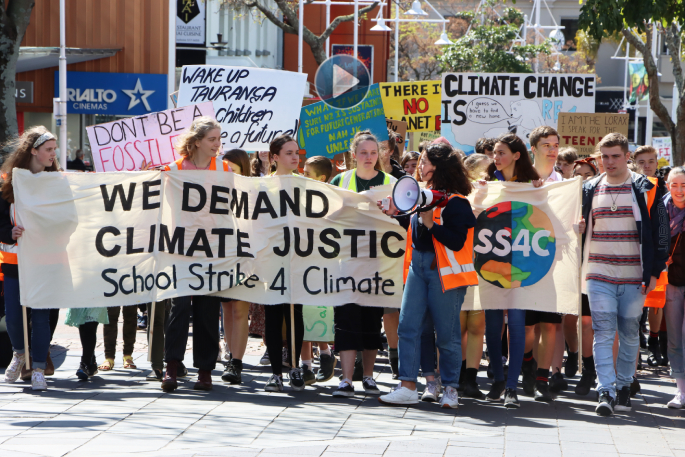 Zoe De Malmanche leading the march through the CBD this afternoon: Images/Video by Daniel Hines/SunLive

Strikers of all ages poured into the Tauranga CBD this afternoon for the intergenerational climate change march.

They join more than an estimated 170,000 protesters around the country, a figure supplied by organisers.

Here in Tauranga, people marched from the waterfront to council chambers, turning up in hundreds for the third School Strike 4 Climate NZ.

Estimates put the crowd as high as 800.

Protestors demanded climate justice, loudly chanting “What do we want? Climate action. When do we want it? Now!”

Strike convener Zoe De Malmanche addressed the masses, highlighting the importance of standing up against inaction.

“We refuse that to accept that thousands of species are going extinct per day because of climate change. How can we live with that? I am really not so sure.

Zoe mentioned Greta Thunberg’s speech at the UN earlier this week, reiterating that students should not have to ditch school to call to action on their future.

“The harsh reality that many struggle to draw is that climate change is in fact real.”

Gray Southon of the United Nations Association Tauranga told the crowd climate change was the fault of his generation and urged young people not to be silenced.

“People don’t want to talk about it. But what you can do is talk about it, with anybody you come across. Talk about what they need to do.” 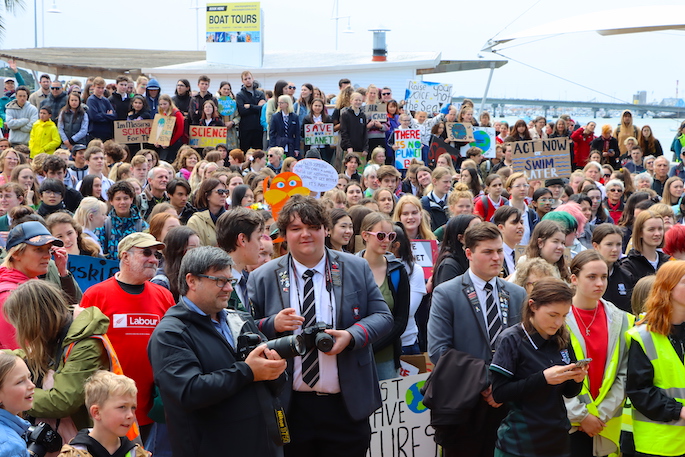 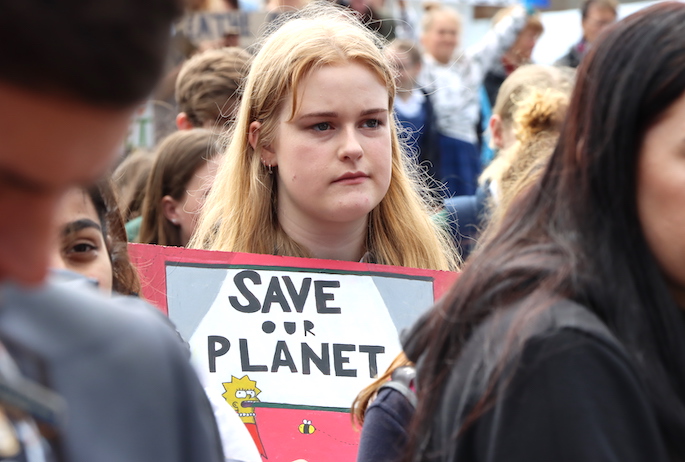 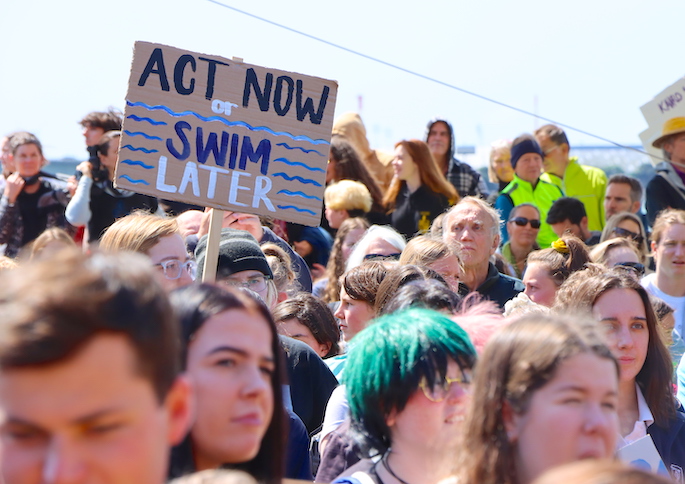 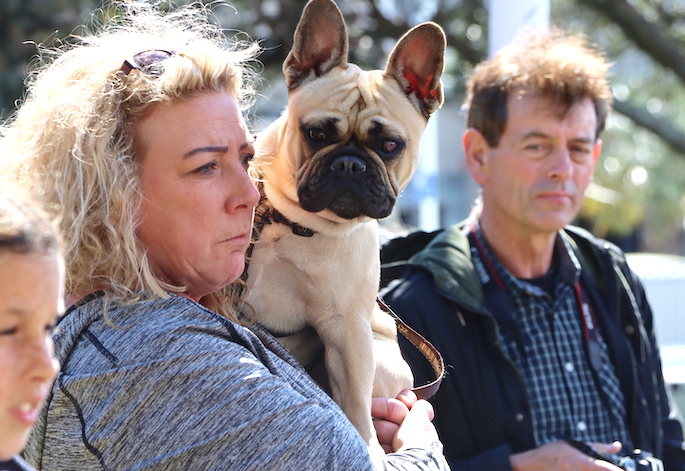 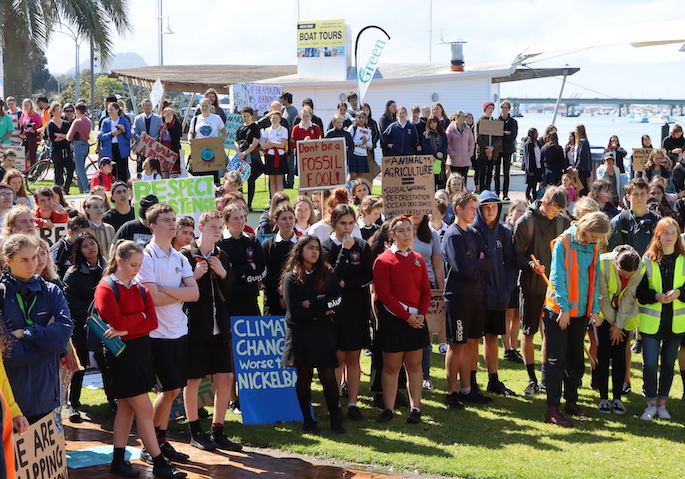 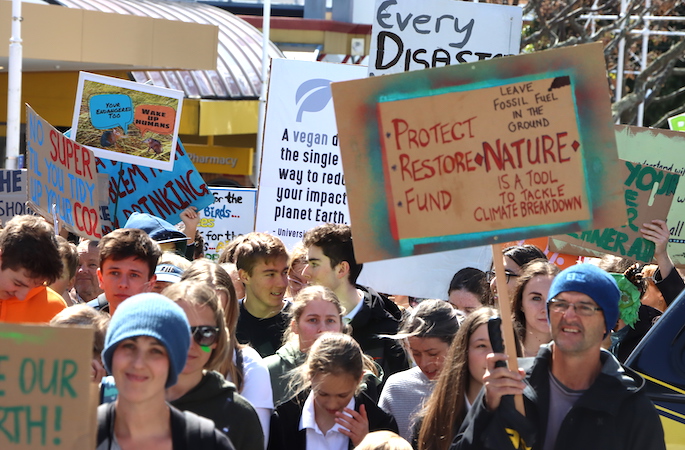 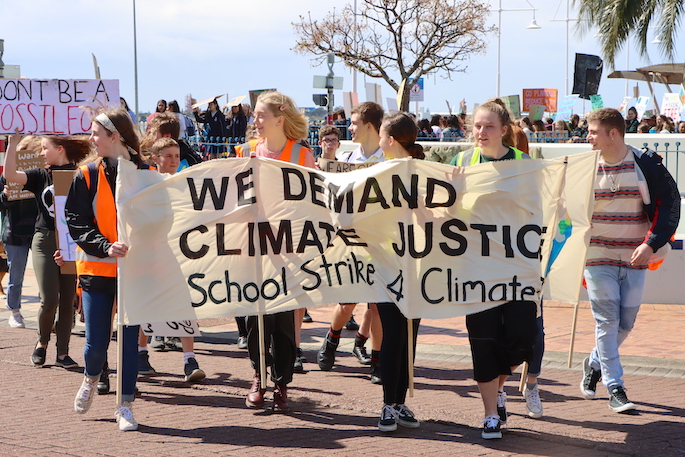 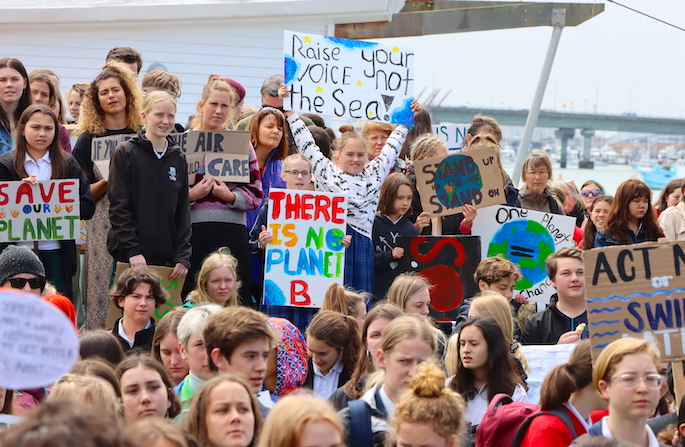 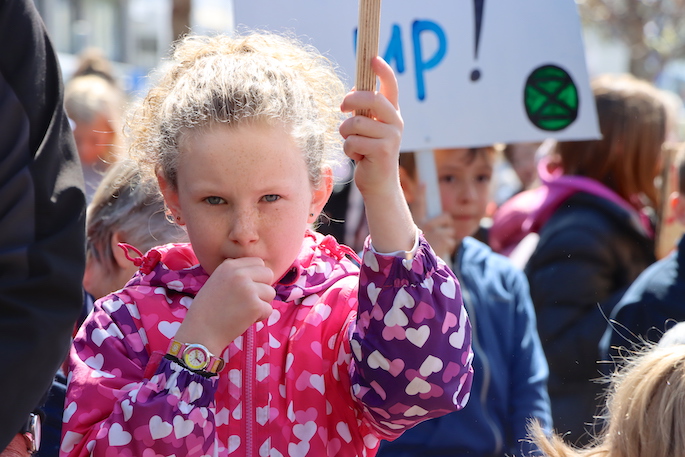 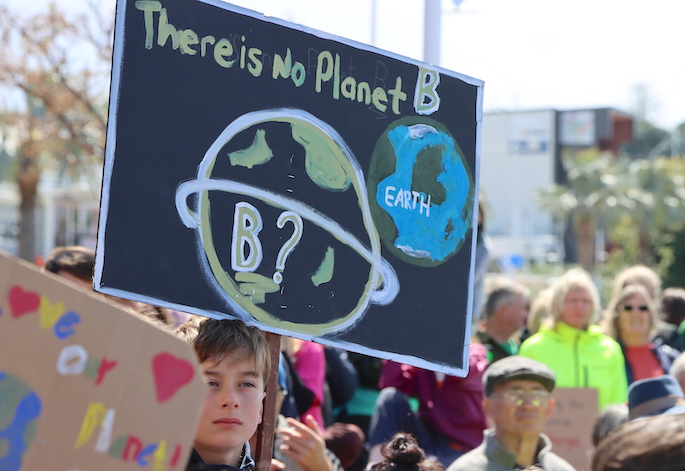 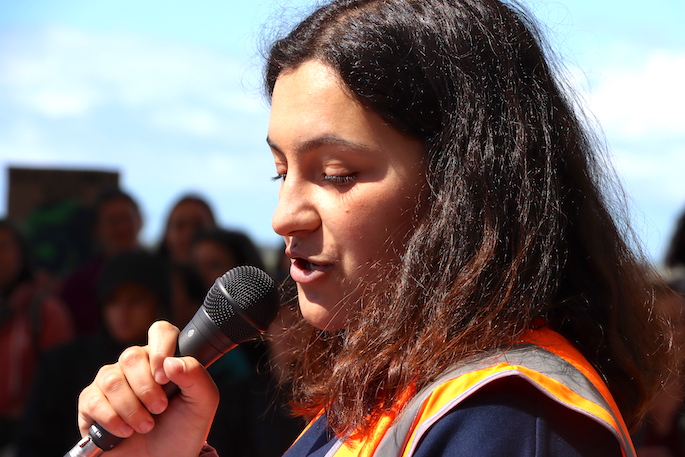 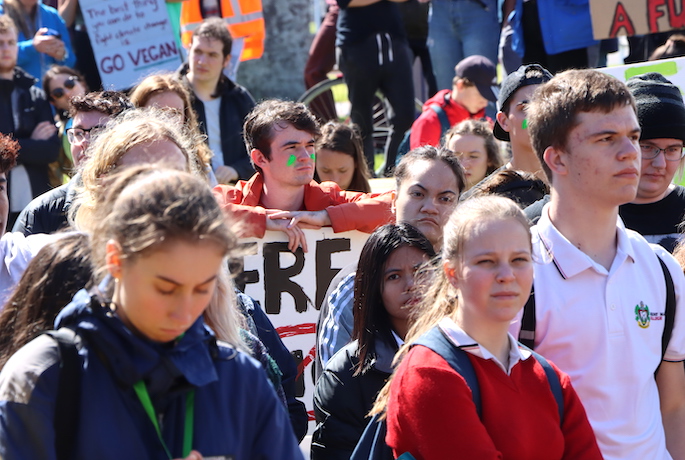 NASA has records going back long before these students were even thought of like in1922 there was less surface ice on this earth than it has now.Archaeologist have confirmed many heatwaves and ice ages,if it wasnt for these we would not be here,dinosaurs wouls still be making the foot prints.Fact the tilt of the earth is changing,magnetic north is changing and the sun is having more effect on the temperature of the earth.Kids get back to school and learn the history of the earth and practise what you are demonstrating against and not use carbon producing consumables and electronic.Do you know that the co2 produced in the manufacture of a electric car against a petrol car and used over its life is less than 5%.

All of the signs they hold up so proudly, are cardboard likely cut from consumer goods packaging(or manufactured core flute).The paint they used for the messages are mass produced, likely imported, spray cans or tins, the bull horn to carry the spoken message, likely mass produced in China. They are all wearing clothes made in overseas sweat shops, along with the little plastic watches and other ’bling’... funny colored hair made from imported chemicals.I bet they all drove there in imported cars running on fuel imported from overseas too?Then, to top it off, they spout about becoming vegan, yet bring a dog that obviously eats mainly meat? (can a vegan own a dog?)They need to realise this is not an exciting game...if they do actually get what they are protesting for, they wont like it and will likely have to hold new protests to undo what they have caused

The government are the ones that allowed all the polluting to happen in the interests of money. Why would you trust the govt to fix it? I can gaurantee the answer they will come up with is...."Find opportunities to increase tax-take". They all claim a mint in taxes/fines. Nothing changes. See...the older generations are more accustomed to the lies and lip-service from politicians and we realise that any involvement from govt should be very wary about as historically they have shown themselves to be more interested in re-election and increasing tax-take than anything else. They can only be trusted to be self-interested unfortunately. Mark my words...any govt involvement will equate to an increase in taxes.

when they stop demanding things people might listen. in the meantime it would be better if they spent more time in school getting an education

they are barking up the wrong tree,it is too late the world is past its use by date.it cannot carry any more pollution, look 76.610 thousand birth’s in India per day 21 million tons of raw sewarge tipped into the river’s in india alone . 135.400 million birth’s in a day world wide an extra 11 billion by 21, 700 aircraft flying carrying 170 tons per aircraft, still building 5 a day with larger engines, cars being built 5.000 plus a day, ships hundreds moving burning heavy crude oil more mega ships being built with larger engines,trees produce oxygen forest’s being cut down to make more food its too late think about it, ire-reversible now. but good look with your dreams, the world is beyond repair

Wake up! The planet changes

in cycles... humans didn’t cause the mini ice age in the 16th century and we are not totally responsible for the changing climate. The earth is always changing no matter what we do. These people whining to change everything are all consumers. They are partially responsible for their perceived grief. What do they want? Do they want the government to tell them they can not have a car nor buy petrol? They can’t buy anything made of plastic and they can’t have electricity? We have to stop letting people getting brainwashed into believing the recent past generations are totally responsible for the earths natural patterns. The only people who have the right to protest are people who don’t use petrol, electricity or anything man made and if they grow their own food . If they are consumers and have the latest iphone, laptop car etc, they can’t protest

I can only handle one significant cause at a time. At present my mind is concerned with clearing up our streams and rivers.

i don’t know what they achieved with this. just an excuse to have more time off school. how many would have turned up during the holidays. not many i think

And then they drove home to their 4 car households.