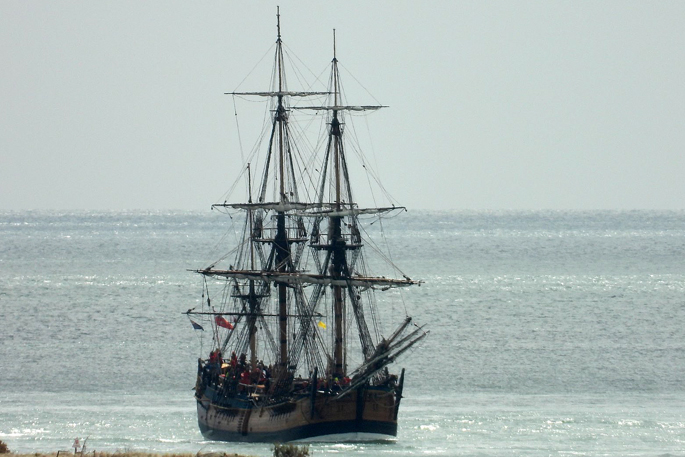 A kiwi woman with a life-long passion for sailing is a “repeat offender” on the HMB Endeavour.

This is Donamarie Dickens’ eighth voyage and her interest was first sparked by seeing the Endeavour on a 50 cent coin as a child.

The replica of Captain Cook’s ship arrived in Tauranga Harbour this morning and Donamarie joined the trip from Sydney to Tauranga.

“Every time I set sail on the Endeavour, it's like I've stepped into another world.”

“It's absolutely amazing because you get to do everything that the old sailors would do.”

The crew sleep in hammocks on a communal deck, are involved in setting and taking down sails, and helming the vessel.

Crew members take on rotating watch shifts and are fully immersed in all the ship’s operations.

Once they left Sydney Harbour there was no cell phone or internet reception so you are completely immersed in life on the ship Donamarie says.

“It's almost like you step out of the 21st century and then you're in this other whole world.”

“There’s fifty six of us on board, this trip those 56 people become your world for however long you're on here.”

Donamarie says the crew on this trip were from Australia, New Zealand, Germany, the Netherlands and the United Kingdom but people from all over the world take part in the Endeavours voyages. 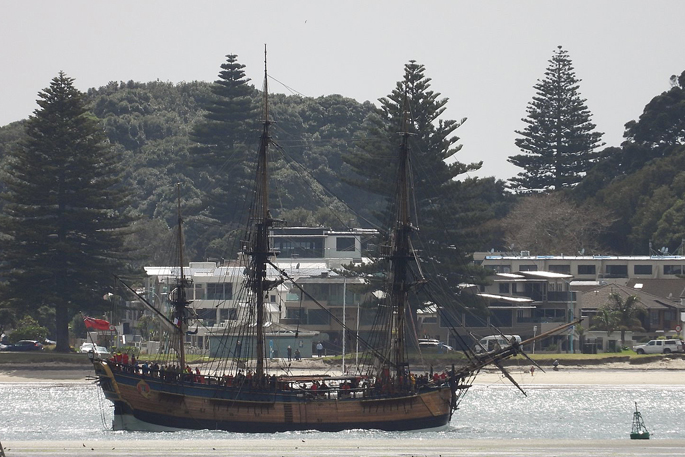 The various decks on the ship are as close to the original Endeavour as possible with the exception of the mess area, bathrooms and the navigation room which has modern equipment.

Despite having the technology the majority of sailing and navigation is done as it would have been in Cook’s day.

“There's generally two people on the helm, one on each side of the wheel. One is called brains on is called muscles.”

“The brains is the person using the master compass and giving the orders and the other person helps them move the wheel around because when it's really windy it takes a bit of effort to move.”

She says that trip is by no means a luxury cruise and it does require a decent amount of physical fitness.

“It's really for the adventurous and those that are into the outdoors. If you're expecting the luxuries, you would probably hate it.”

Despite the lack of home comforts Donamarie keeps going back because it is a unique experience that you don't get anywhere else.

The Endeavour is in Tauranga until October 3 ahead of its journey to Gisborne to take part in the Tuia 250 Voyage.

The replica is part of a six-vessel flotilla, including traditional Māori waka, and will travel to more than a dozen sites of significance to Pacific voyaging and the first onshore encounters between Māori and Pākehā in 1769.

There is no public access to the Endeavour while it is in Tauranga but people can watch the Endeavour depart Tauranga Harbour from Pilot Bay around mid-morning on 3 October.