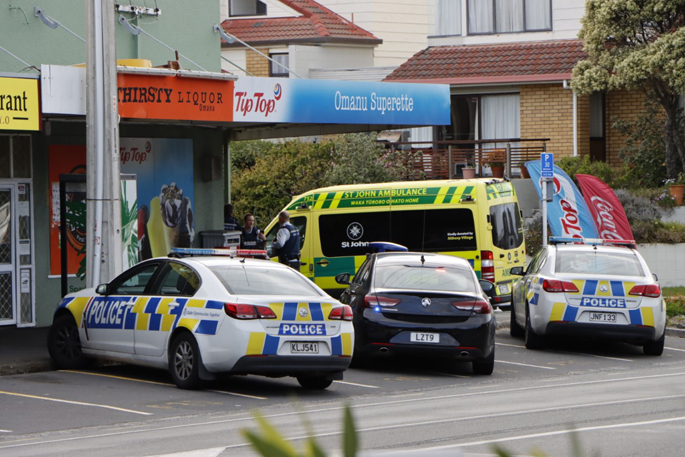 UPDATE: 8.14am: Police are appealing for information following an aggravated robbery in Mount Maunganui this morning.

Police received a report around 7.15am that two male offenders had entered a dairy on Oceanbeach Road, assaulting a staff member and taking off with cigarettes.

“Police are actively seeking the offenders and are appealing for any sightings of them,” says a police spokesperson.

“The first male was described as wearing a red and black Swanndri-style hooded jacket, black pants and a face mask.

“The second man was described as wearing a black hooded jacket and black pants.

“Police are also responding to a report of a vehicle found on fire at Harrisons Cut in Papamoa, which is believed to be connected to the robbery.

“No one has been located with the vehicle.”

Anyone who has information or who has seen anything suspicious in the Mount Maunganui and Papamoa areas this morning should call police immediately on 111, or Crimestoppers anonymously on 0800 555 111.

Emergency services have been spotted outside the Omanu Superette this morning after an alleged robbery.

Photos captured by a SunLive photographer shows multiple police cars and an ambulance outside the dairy.

A message to the SunLive Facebook page says there is also cops in the Omanu area stopping traffic.

An email to the SunLive newsroom says there are large amounts of dark black smoke billowing from Papamoa Beach around Harrisons Cut.

“There are several police and several fire engines attending.”

It is unknown if these two events are related.

SunLive have contacted police and will provide more information when it becomes available. 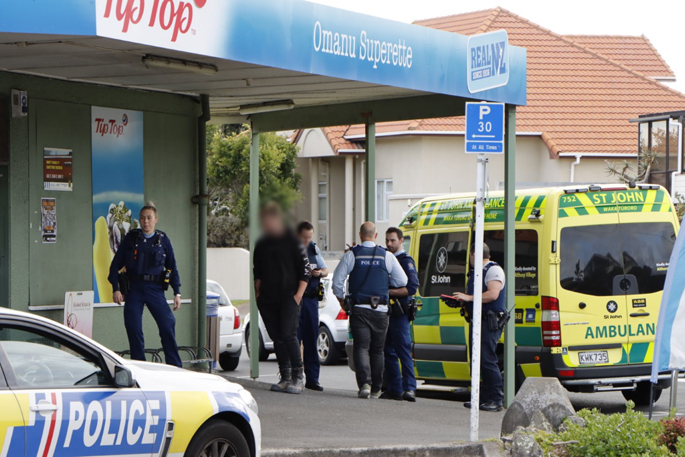 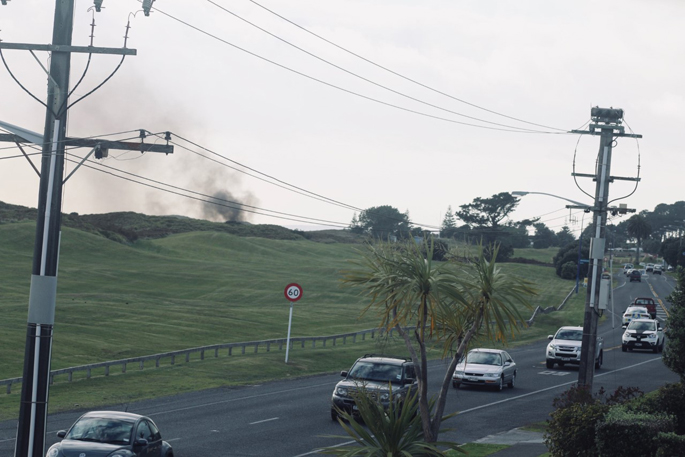 Quite possibly there was no crime as it is only alleged!