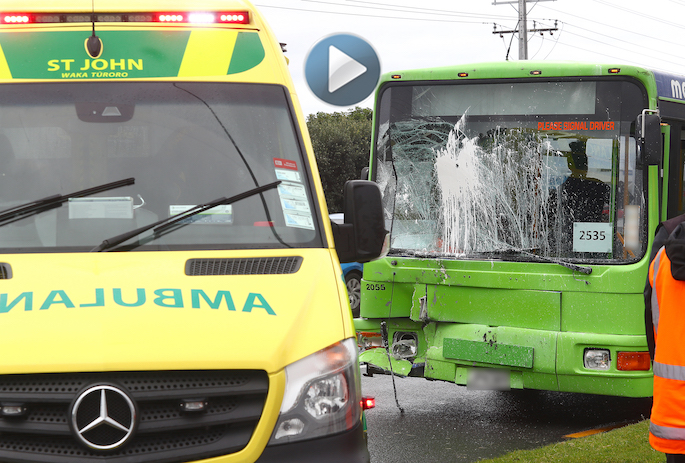 A school bus has crashed along Hewletts Road this morning.

A SunLive photographer at the scene says it is a two vehicle accident between the bus and a van.

“It has happened near the Gull, in the bus lane.

“Traffic is able to get passed freely but it is quite heavy and is backed up to the flyover.

“It doesn’t seem too bad, doesn’t look like anyone is injured.

“There are currently two fire trucks, an ambulance and a rapid response vehicle, and multiple police cars on scene.”

A police spokesperson says the collision occurred around 9.20am.

"Initial reports indicate 41 people were on the school bus, several of whom sustained very minor injuries." 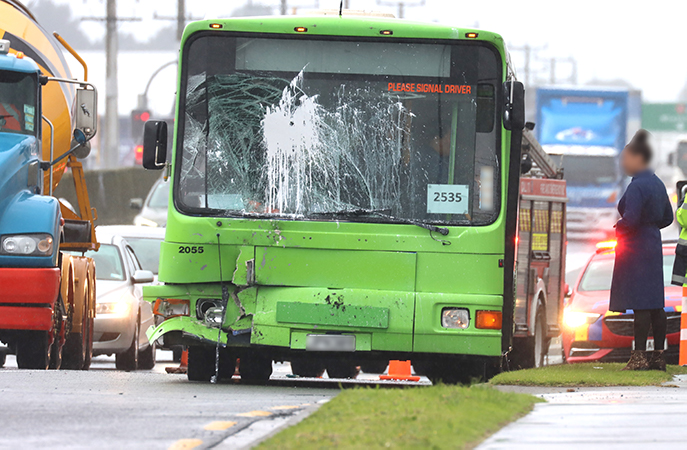 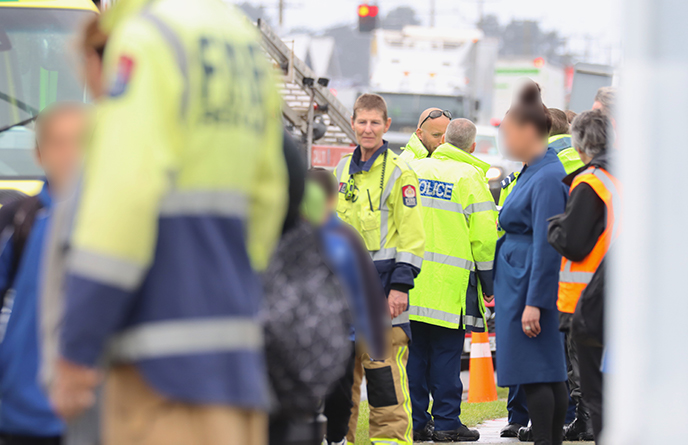 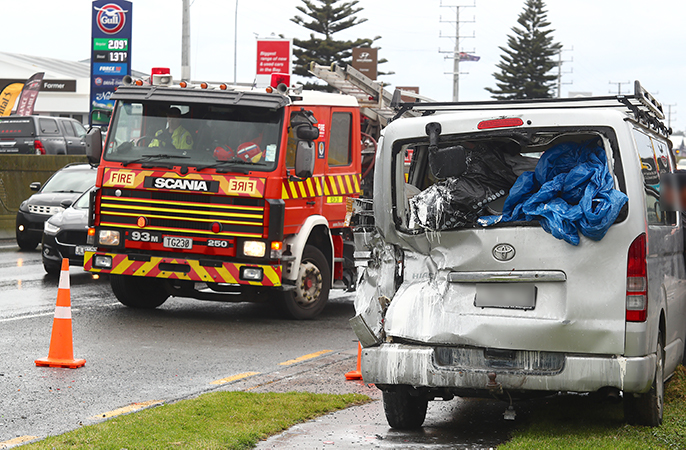 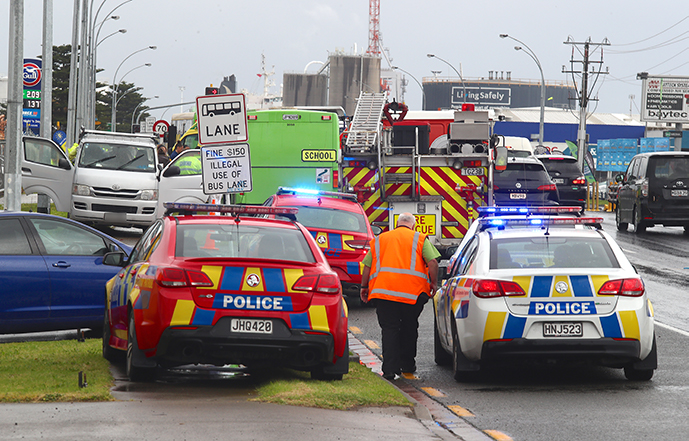 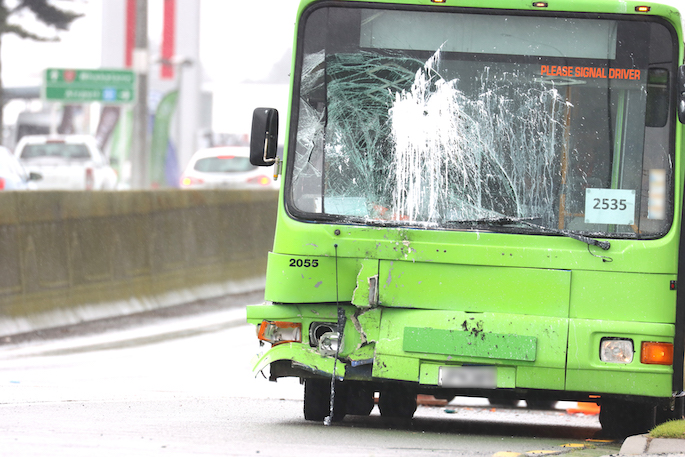 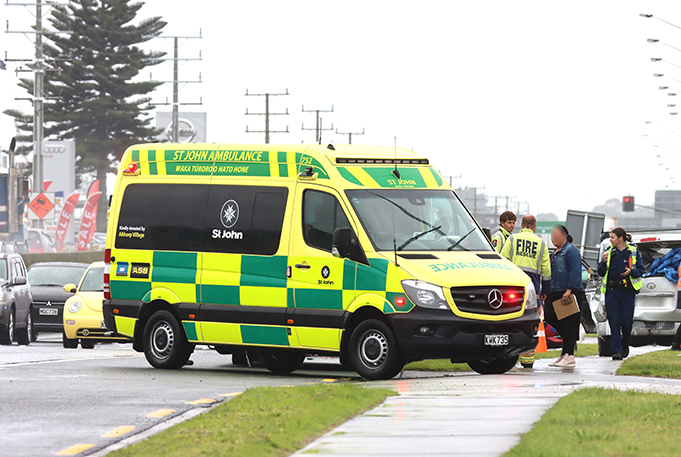 Collisions with buses, in Hewletts Road, seem to happen weekly, around the Service Stations. Seems that people are simply not paying attention when getting back into the Traffic.