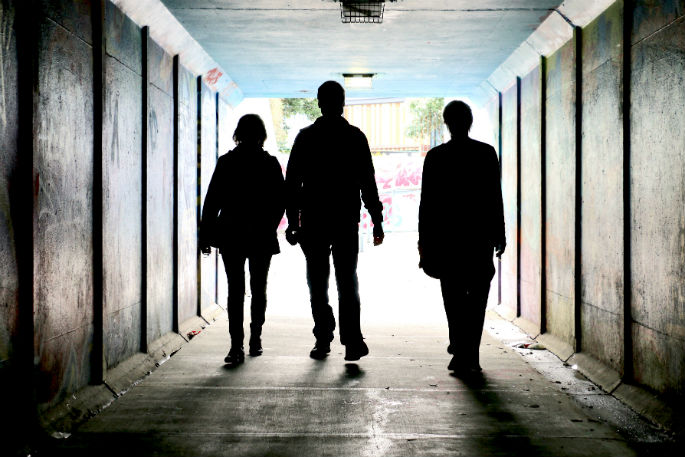 As D-Day - D for demolition – draws near for the Bayfair underpass, the action group fighting for its retention as part of the new B2B highway development, has floated another design proposal aimed at defusing the fiasco.

The plan surfaced as another public meeting has been called to discuss the doomed underpass and find ways to get pedestrians and cyclists safely across Maunganui Road without affecting traffic.

The meeting is set for 5.30pm tonight at Mount Maunganui College.

Mayor Greg Brownless says the NZTA has been encouraged to hold a public meeting. “Those efforts have got us nowhere.”

“If you have your NZTA hat on, the demolition of the underpass will proceed next month,” says Phillip Brown, co-chair of the Bayfair Underpass Alliance after a recent meeting with the NZTA in Tauranga.

“That’s the party line, no changes.” Then in a letter this week to a NZTA senior manager in Wellington, the underpass fighting group put up another design option to re-use the existing underpass.

The NZTA has already ruled out using the underpass because an earth embankment, the bridge approach, has to go on top and the underpass wouldn’t cope. “That’s fine,” says Phillip. “So sink load bearing piles either side of the underpass and a structural concrete slab over the top.  The weight of the embankment is taken by the slab and piles.”

The suggestion comes after a Minister of Transport, Phil Twyford, requested consultation between NZTA and the community.

But the Bayfair Underpass Alliance which attended the meeting says “consultation” did not happen. “Within minutes we were told sorry, there will be no underpass,” says the Alliance’s Phillip Brown in a letter to the NZTA Wellington manager Andrew Thackwray.

Phillip says any suggested alternatives to the NZTA proposed system of signalized pedestrian crossings were shot down with comments like “my engineers say no.”

Tauranga Labour MP Jan Tinetti also sat in on part of that meeting.

She says the NZTA has been hit with brick walls every which way. “It just doesn’t look like it’s going to work - nothing to do with goodwill, they are engineering issues.”

But the MP says she hasn’t accepted there can’t be an underpass. “But there has to be another solution which isn’t signalised road crossings.”

It was also revealed the cost of a new underpass had blown out even further. “To more than $40 million with an upper boundary of $50 million,” says Phillip Brown.

“The whole project’s only worth $120 million and 50 meters of underpass is as much as $50 million. That seems extreme.”

The NZTA went through a community consultation on the project between 2008 and 2014.

“There was no big community push for an underpass at the time.”

And it didn’t re-emerge until 2017 with the Government Policy Statement pressing for cycle lanes and pedestrian ways.

“It was like retro-fitting the plans, which is why it was so hard to make the underpass fit and affordable.”

But Phillip Brown says that consultation doesn't take account of needs today and needs in the future. “We should be future-proofing, not looking back to see what people didn't like or need.”

We Don't Want to be Road Kill!

We use the current underpass 3 times a week on our cycle rides and don’t wish to become ’targets’ for notoriously impatient drivers at this intersection - only the brains trust at NZTA would mix ’pedestrians’ and vehicles on what must be one of Tauranga’s busiest intersections. These are afterall the same brains that stopped a cycleway on the Eastern Link a km or so short of a safe link up to Parton Rd and dropped it in the middle of nowhere on Bell Road! The NZTA spent millions on a tunnelling machine for Auckland’s Waterview Tunnel, but won’t spend on an existing UnderPass solution for pedestrians/cyclists in Tauranga. Have the Council not provided them with the increased population and development intended for Papamoa etc and the demand to come? Spend the Money - Do it ONCE and Do It RIGHT for the convenience of ALL road users.

An overbridge was flaunted and taunted a while ago. Surely this is a better, cheaper, safer, better air quality idea? Thoughts? Anyone? Why so hell-bent on a secluded underpass?

a Mayoral candidate or two will show up tonight, with pie in the sky ideas... talk is cheap

How many deaths from the community of cyclists, the elderly, those on mobility scooters, school children, walkers, runners and all who use the current underground crossing daily now, will it take take before the whole shemozzle gets shut down and reworked after the NZTA sees the "light-regulated crossing" (which will further congest and disrupt traffic) at Bayfair won’t work? Surely it’s more cost-effective to work an over- or under-highway crossing now, rather than later? Before lives are lost!

The Alliance seems stuck in its thinking. Surely it would be possible and cheaper to install a gently sloping ramp on both sides of the road and an OVERpass. Not rocket science!

The NZTA answers to nobody when it come to roading design !! The faceless bums at desks have made up their minds - NO underpass - so you are not going to get one !!