Puppy forced to walk on wrists 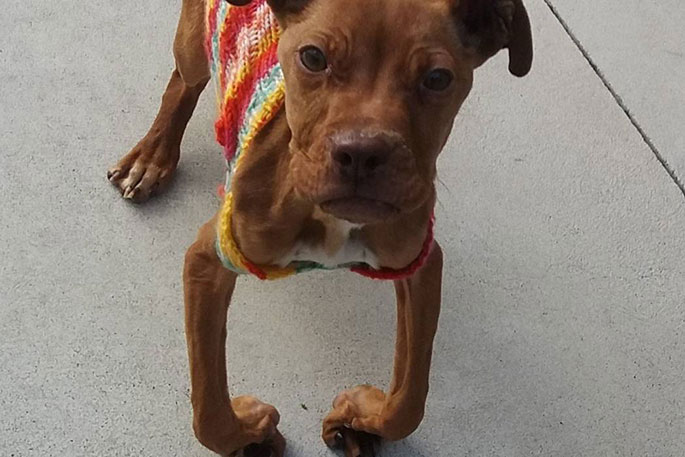 When Cricket became the property of the SPCA he was found with carpal flexural deformity most likely from malnutrition. Photo: SPCA WAIKATO

A starved puppy was so deprived of nutrients he ended up with deformed legs leaving him unable to walk.

Cricket the pup weighed just 4.9kgs when he was rescued, when he should have weighed at least 10kgs more.

The mix-breed was horrifically underweight leaving him unable to walk and with deformed legs when he turned up at Hamilton's SPCA.

Cricket was diagnosed with a carpal flexural deformity - which meant his legs hadn't grown as they should have most likely due to malnutrition.

"I haven't seen a case like Cricket before. When the Inspector walked in she had him bundled up in a blanket we saw his little head it was all sunken it was horrible, and then we saw his body and we were all really, really shocked."

He was aged by the vet to be five to six months old and should have weighed 15kgs, but he came in at 4.9kgs.

The carpal deformity meant Cricket walked with his wrists bent over.

"The first day he came in and couldn't walk I think it was because he was so incredibly weak he was a walking skeleton.

"We could initially tell his legs looked weird but when he started to walk it was really, really evident that something was really off.

"His little carpels buckle out - he was managing to get around but was an incredibly unusual gait."

"We have very high hopes that he will recover fully but we can never say 100 per cent, the vets have said hopefully so its fingers crossed."

It will be sometime before Cricket is fully recuperated and available for adoption.

The puppy was not microchipped and while the inspectorate did their best to try and find the owner they had no luck.

"We can't prosecute which is really disappointing but we want to get the message out there that that is not okay, we can't treat animals like that." 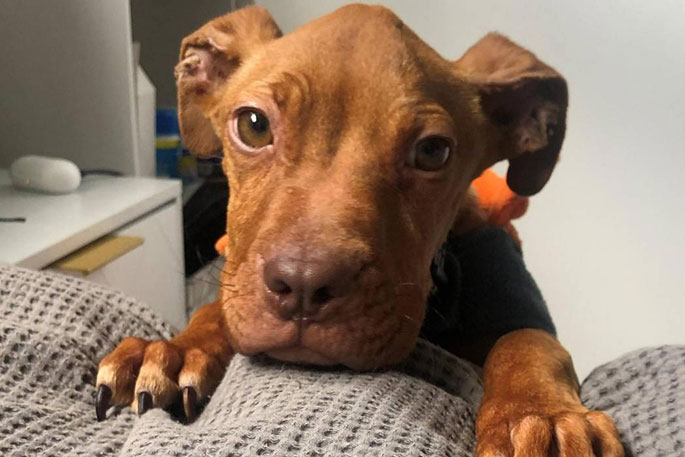 The SPCA are hoping Cricket makes a full recovery from a deformity that meant he struggled to walk. PHoto: SPCA HAMILTON.

It's a timely reminder that pets are a lifelong commitment, with Christmas around the corner some may think a pet is an ideal present but Laura says that it's not necessarily the best way to go about getting a pet.

"Pets are for life, every puppy and kitten turns into an adult even though they're really cute, to begin with, it is a lifelong commitment.

"And while they give you a lot of enjoyment it is also a big responsibility and a lot of cost."

The SPCA does not adopt out animals out as gifts.

Disgusting Low-lifes such as this....

Must not EVER be permitted to have ANY animal in their ’care’/ownership! End of! We are condoning this disgusting behaviour by simply slapping people on the wrist. They should be fined massively, jailed preferably and NEVER allowed control over ANY animal again EVER!