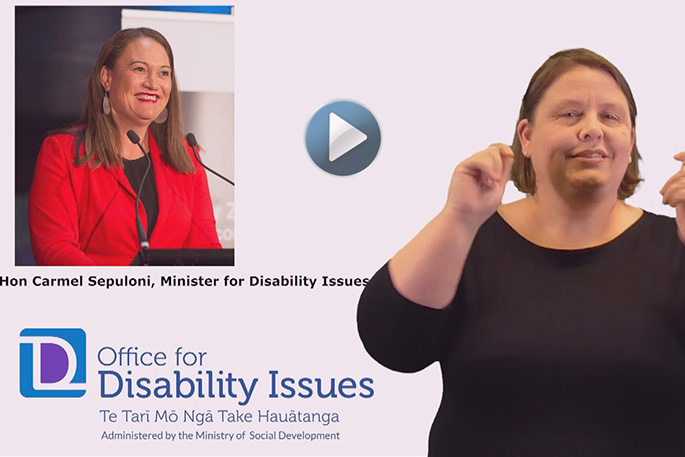 A NZSL video is available about International Day .

Today is an opportunity to join the New Zealand Deaf community in celebrating International Day of Sign Languages – IDSL, the first day of the International Week of the Deaf each year.

Over 20,000 people are reported to be using New Zealand Sign Language – NZSL, and it is one of the official languages of this country. September 23 has been adopted by the UN as the annual celebration of IDSL, beginning in 2019.

“It is a taonga for us all,” says Minister for Disability Issues, Hon. Carmel Sepuloni. “The government is committed to maintaining and promoting the use of New Zealand sign language.

“Its use opens up social, cultural, educational and employment opportunities for deaf people and affirms culture and identity.

“While celebrating the International Day of Sign Languages and our own New Zealand Sign Language I am also aware that there is still more to do and greater progress to be made.

The minister would also like to take the opportunity to recognise the international contributions made by New Zealanders.

New Zealand is one of the few countries to give its sign language official status with the NZSL Act passed in 2006.

The New Zealand Deaf community is relatively small. In Census 2013, 20,235 people reported the ability to use New Zealand Sign Language, of whom it is estimated 4,000 are deaf. Most deaf people were born deaf or become deaf early in life. Those who identify with the deaf community have a strong sense of identity as deaf people and a shared common language in NZSL.

Deaf Aotearoa is the largest organisation directly supporting deaf people in New Zealand. The Government supported Deaf Aotearoa’s bid in July to host the World Federation of the Deaf world Congress in 2023, although this was narrowly lost to South Korea.

The International Week of the Deaf – IWDeaf - is an initiative of the WFD and was first launched in 1958 in Rome, Italy. It is celebrated annually by the global Deaf Community on the last full week of September to commemorate the same month the first World Congress of the WFD was held.

International Day of Sign Languages - IDSL - has been adopted by the United Nations General Assembly and will be celebrated annually on September 23 beginning in 2019. The objective of the IDSL is to raise awareness on sign languages and strengthen the status about sign languages. This event also will take place as part of IWDeaf.