Tauranga is the winner in the Garmin Marathon 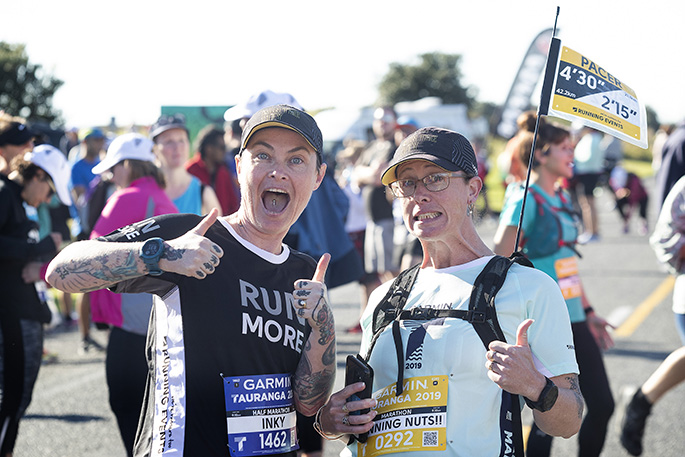 Tauranga turned on a perfect day on Saturday for the Garmin Tauranga Marathon.

It was fine running weather with a light breeze for the hundreds of walkers, runners and dashers who were out competing in the full distance and shorter distance events.

Many competitors chose to have nicknames on their personalised bibs, with 'Running Nuts!!', 'Inky', 'Speedy Gonzales' and 'Jelly Leg's being just some of the many fun names chosen.

The only race that all the entrants finished was the Mascot Race, with Harold the Giraffe coming in first in 23 seconds. Hemi Rugby was second, followed by Smiths Sports Shoe, Steamie Rugby, Lumino Toothpaste and Lumino Toothbrush who made it to the finish line in 45 seconds, well behind Harold. 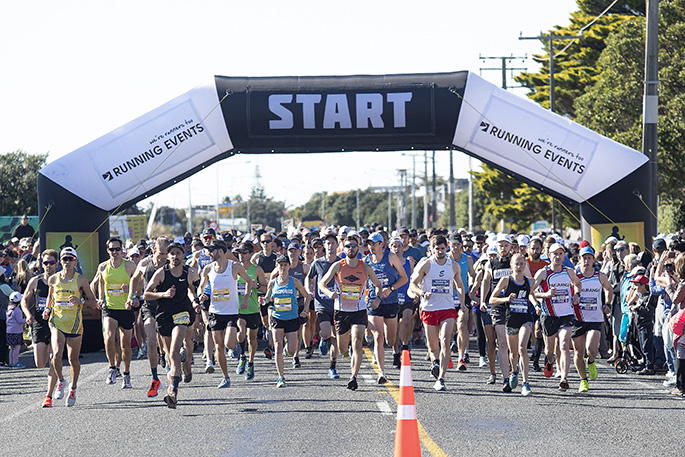 The 2km Kids’ Dash was won by Kalan Schou in a time of 8 minutes 7 seconds, with Lewis Jamieson second and Ryan Mourits third.  Ryan is seven and Kalan and Ryan were both in the 8-10 age category. Sixty-one boys and girls aged 7-10 ran in this race.

The 5km Fun Run & Walk was won by Mark Carryer in a time of 19 minutes 8 seconds. Second was Adisen Mahy and third Cameron Piermarini.

The 10km Classic was won by Stephen Parker in 36 minutes 55 seconds. Less than two minutes behind Stephen was Amy Cogle in second place with a time of 38 minutes 39 seconds. Third was Yoonsung Choi. Deputy Mayor Kelvin Clout, who had a hamstring injury and usually runs the Half Marathon, came in second in his age bracket in the 10km Classic in a time of 51 minutes 51 seconds, which was 47th overall in a field of 348 runners.

One of the stars of the day was Gisborne’s Grace McConnochie who won the Half Marathon in 1 hour 16 minutes 9 seconds. Nearly a minute later, Stephen Lett crossed the finish line in second place, with Nic Warren coming home just over a minute later.

Grace was a New Zealand 16-and-under cross-country champion, North Island secondary schools 3000m champion and a bronze medallist in the national under-20 cross-country championships and has spent time at US universities pursuing athletics. Mostly a 5,000m or 10,000m runner while in the USA, she has entered into half marathons and marathons since her return to NZ, running her first half marathon, the Rotorua Off-Road Half Marathon in March and winning the women’s race.

Aucklander Tom Moyes won the Marathon, his first ever, with a race time of 2 hours 35 minutes 17 seconds. In second place was Tauranga radiologist Kunaal Rajpal with a time of 2 hours 48 minutes and 4 seconds, and third place was taken by Everfit Coach Brad Dixon.  Mel Aitken was the first female runner home coming in at fourth place in 2 hours 56 minutes 44 seconds.

Tom Moyes was the Fuller's Wharf2Wharf overall winner in January 2017 reaching the finish line of the 25km run in 1 hour 33 minutes against runners from Sweden, Denmark, Argentina, England, Germany and the USA. Prior to that race, he'd been running for about ten years with Saturday's 2019 Garmin Tauranga Marathon being the first full marathon he has run.

Kunaal finished in second place in the inaugural Tauranga International Marathon in 2017. The 35-year-old completed the 2017 42.2km race in a personal best time of 2 hours 39 minutes 48 seconds in a race won that year by American runner Ryan Dostal. Kunaal is now a veteran of over 35 marathons, and has taken on some big races including the Kepler Challenge Mountain Run - 60kms - in December 2017, and two in the Taraweras - the Tarawera Trail Marathon & 50k in November  2017and the Tarawera 100 Mile Endurance Run in February 2018. 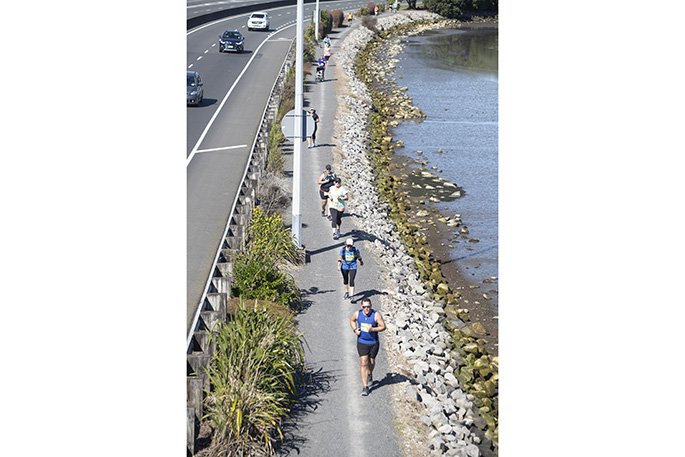 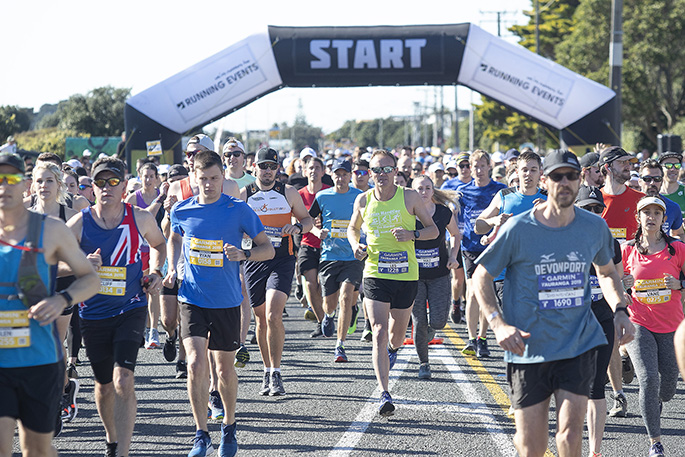 There are no age restrictions for the three shorter races, but racers needed to be 14 years and over for the 21km, or at least 18 years for the full marathon event. 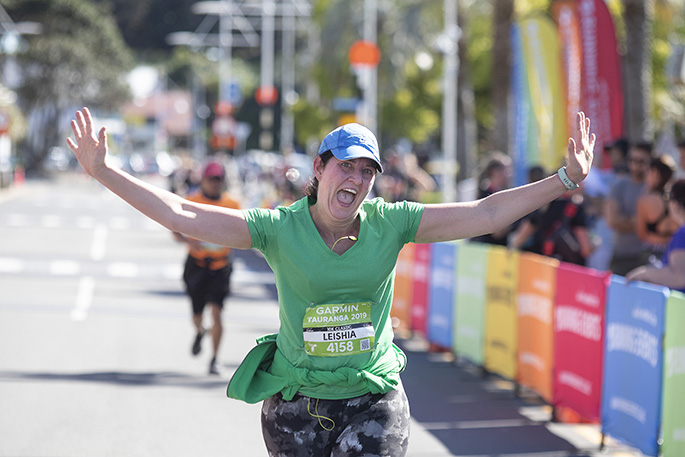 The longer events began earlier in the day, with the marathon and half marathon starting at 9.10am from Papamoa Beach Rd, heading along the coastal road to the Mount, around Mauao’s base track, and over the bridge to Tauranga. The full marathon then extended along the harbour to Fergusson Park, back around the Waikareao Boardwalk track and into downtown Tauranga. 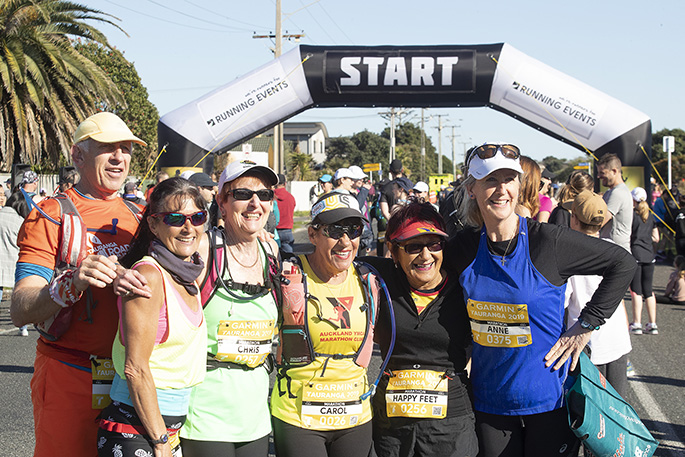 The 10km classic began at 8.45am in Harbour Drive and took runners and walkers around the Waikareao Boardwalk track and straight into the Tauranga CBD. The 5km fun run left from the Tauranga Harbour Marina at 8.45am, headed over the harbour bridge and along to the finish line. The kids’ dash at 2.30pm started right next to that cheeky ragamuffin, Hairy Maclary and comprised two 1km loops with the final section a super-fun, super-breathless dash down The Strand to the finish line and that finisher medal. 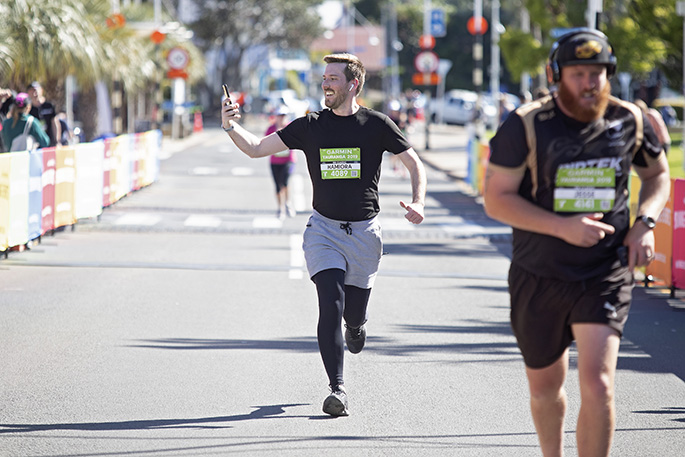 All races finished up at the same finish line on The Strand in downtown Tauranga, a perfect place to rest and celebrate afterwards.

One of NZ’s top city marathons, this popular event showcased some of the best of the city of Tauranga, with the highlights being Papamoa’s ocean beach, the stunning base track around Mauao, the broad sweep of the harbour bridge and the beauty of the Waikaraeao Estuary loop. Finally of course, there was the thrilling city centre finish in the heart of the cafes, bars and restaurants in the downtown shopping area.

There were spot prizes and trophies, and the grand prize of a big screen TV, but also everyone who finished the Tauranga Marathon – irrespective of distance – received an exclusive commemorative medal.

Photos of the runners and walkers are available on Photos4sale

All the race results can be viewed here 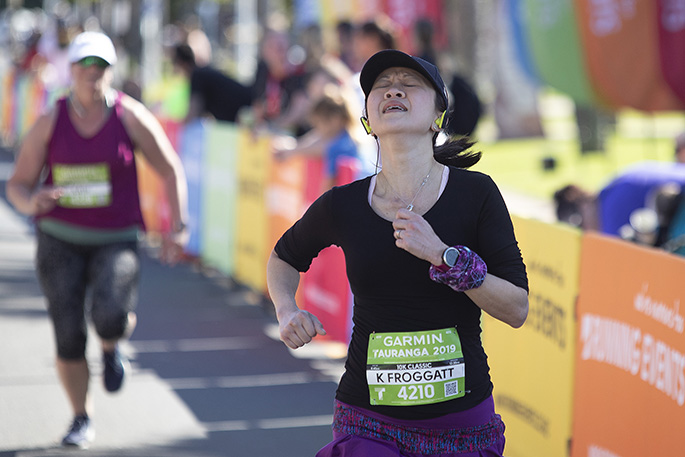 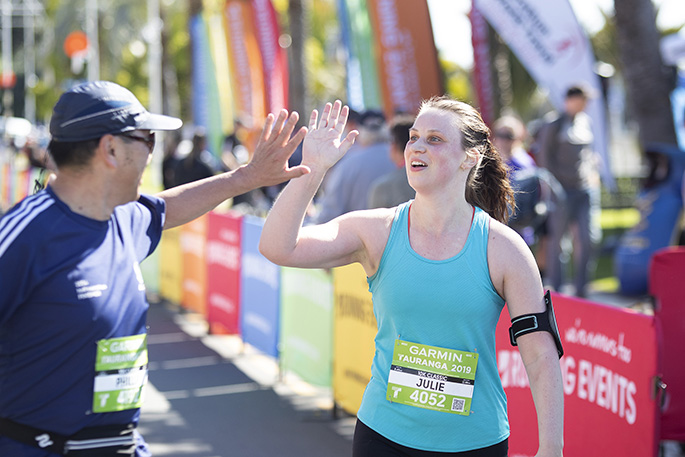