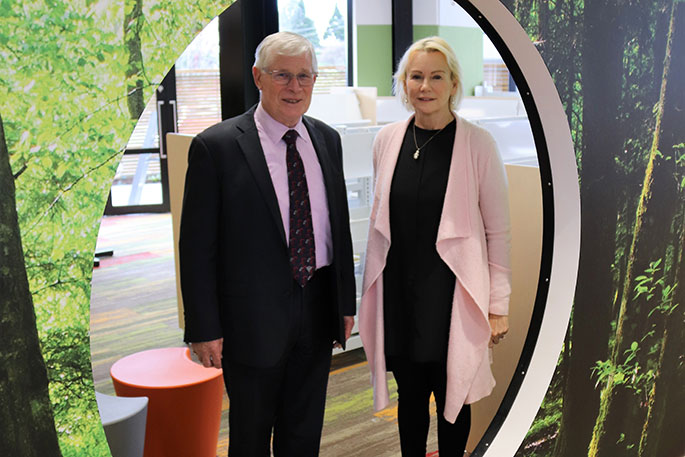 In adopting its 2018/19 Annual Report on Friday, Council Chief Executive Miriam Taris said keeping up with growth saw Council deliver a capital works programme of $34,919m, of which $21,805 was for upgrades to roads in urban areas and substantial investment in stormwater assets.

“Growth also underpinned stronger than expected income from financial contributions - $18.6m - which has enabled Council to pay down debt faster -  $110m in 2018/19 compared to $125m in 2017/18 - and reduce overall interest expenses,” says Miriam.

Despite these positives Miriam says subdivision and development applications began to throttle off in the latter half of the financial year.

“While these figures highlight some potential challenges ahead, the organisation is well positioned to deal with them due to the drop in debt and a larger ratepayer base.

Council is required to prepare and adopt an annual report and financial summary within four months of the end of the last financial year. The Annual Report compares Council’s actual performance for the year against what it forecast in its Long Term Plan and Annual Plan.

Miriam says while macro-economic forces, nationally and globally, have the potential to continue a slowdown effect on growth, Council will remain focused on prudent debt management and look for further opportunities to improve efficiency and effectiveness.

Other highlights for 2018/19 include the completion of Katikati’s new library, service centre and community hub, Patuki Manawa; the opening of new cycleways; TECT Park winning the Supreme Green Flag for park management; the commissioning of the Ongare Point Community Wastewater Scheme; the Te Puke Wastewater Scheme upgrades; 13.9km of seal extensions; and consent renewals for Katikati and Te Puke wastewater.