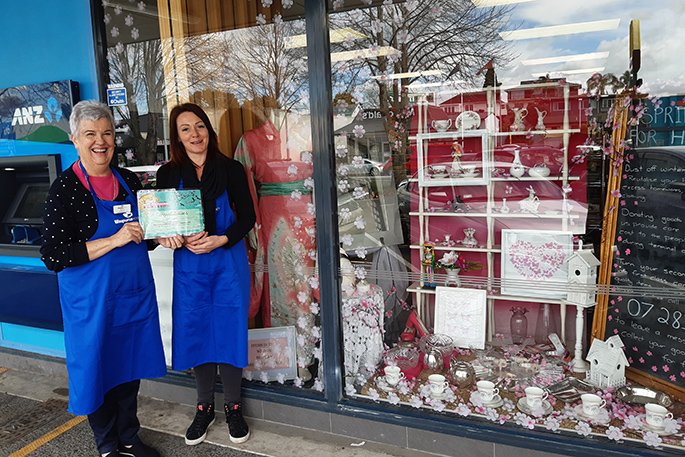 “The competition was judged by Lynne Lawson who was the winner of this year’s Greerton Yarn Bombing competition,” says Greerton Village Mainstreet Manager Sally Benning.

“Lynne’s an artist and so we invited her to judge the window dressing. The top three shop windows were very close and Lynne was very impressed with the high standard of entries.”

“The two runners up were Zest Café & Bakery and Whimzee Boutique,” says Sally. “And a highly commended award goes to ATAXZ Accountants.”

All windows will be on display today at the Greerton Village Cherry Blossom Festival.