The season of the white tail spider 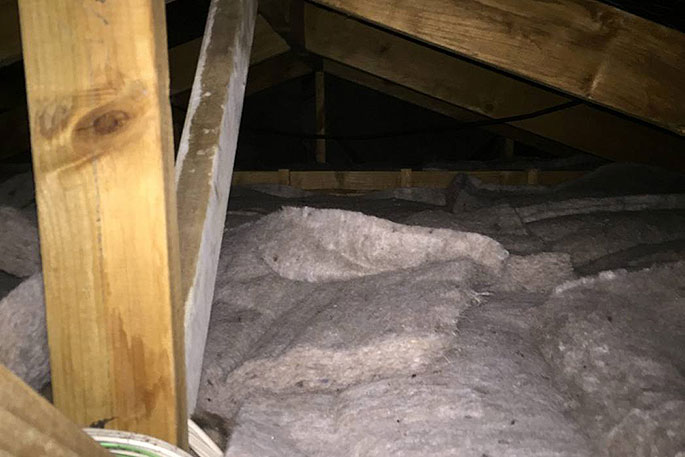 Keep your attic clean and free of cobwebs. JOEL INESON/STUFF

While most of us are preparing to head outside as the weather warms up, one Kiwi visitor is scurrying to head indoors.

'Tis the season for scary Australian import the white tail spider to invade Kiwi homes. Normally they live outside in dark damp spots where they hunt and feed on other spiders, then come inside as the days get warmer, dryer and brighter, on the hunt for house spiders and dark nooks and crannies to hide in.

Their favourite haunts are the folds in bedding and towels - and here's one way to get your kids to clean up after themselves - inside shoes and clothes, especially if they're left lying on the floor.

White tail bites have a reputation for being dangerous - it's been suggested that their bites become infected and can cause ulceration or necrosis, tissue death, around the wound - but some arachnologists consider them relatively harmless as their venom is not toxic to humans.

In 2016, spider expert Cor Vink debunked that idea, telling Stuff, "the whole rigmarole about their bite has only popped up since the 80s, and no-one's ever had much of a problem with it" prior to that.

Cor says there is a North Island white tail species and a South Island species, which have stuck to their respective islands since colonial times.

While it's possible the poor old white tails have been given a bum rap, no-one is happy about sharing a bed with one. So how do you keep the number of white tails using your home as a summer hideout to a minimum?

There are numerous natural remedies for white tail infestation floating about on the internet. People have claimed peppermint oil, walnut shells, tea tree, citronella and clearing cobwebs fastidiously will help. Even listerine has been credited with scaring the little Aussie battlers off.

Sustainable housekeeping site Commonsense Home has a recipe for a general spider repellent that uses essential oils to keep spiders away. The site claims spiders have a natural loathing for minty aromas, but are also deterred by eucalyptus and lavender.

They also recommend a substance called diatomaceous earth (DE), or powdered silica, which dehydrates and kills bugs. Some sites suggest spreading the earth under your house to keep bug and spider numbers down generally.

There are two kinds, salt water, which is poisonous to humans, and "food grade", which is harmless and may have some health benefits - although I'm yet to find conclusive evidence of its benefits. The food grade product is available in New Zealand for about $30 a kilo.

However, unlike most other pest issues, natural remedies are unlikely to keep these fellas down for long.

But one natural remedy that might work is making your home less inviting to them in general. That means keeping the number of house spiders - their favourite food - down.

To manage indoor spider numbers, keep trees and bushes away from the walls of your house and avoid stacking logs against your home.

Regularly clean the outside of your home with a water blaster, paying attention to the eaves and corners where some spiders leave their egg sacks. It might also help to have your roof cavity professionally cleaned and make sure your home is draft-proof.

At the same time, encourage insect-eating birds like thrush, sparrow, blackbird, silver eyes and our own piwakawaka into your garden with feeders.

After clearing out your feeders, they'll chow down on lots of creepy crawlies in your back yard before they can get anywhere near the house - I've seen sparrows plucking big fat spiders right out of their webs in my back yard in spring, when they're feeding their babies.

Encouraging nocturnal bug eaters, like ruru/morepork owls, into the garden can also help as white tails are also nocturnal.

If you still have an issue with white tail numbers after that, you might have to resort to chemical remedies, as it might mean they have been nesting in your roof void.

According to Kiwicare, white tails love to nest in dark, spider-filled roof voids. Wiping them out up there is a good way to keep them from coming into the home on the hunt for food. They advise bug bombing the roof void and gassing the little pests into oblivion as well as spraying down the outside of the home with a product like NO Spiders or other chemical spider repellent.

Bug bombing your roof void is effective, killing adults and eggs alike. But the problem with that solution is that insecticide doesn't care which insects it kills. Bees and other helpful bugs might also use roof voids and the spaces around you home to live, so it pays to be careful and sparing.