Golden trout on offer in the BOP 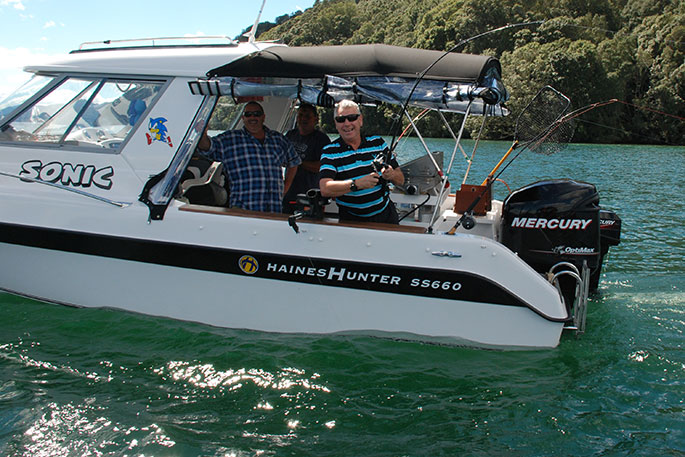 Anglers are again being given the opportunity to ‘fish for gold’ at the start of the new trout season on October 1 – with some big prizes up for grabs.

Fish & Game has unveiled details of the new 2019 Fish for Gold promotion, where anglers have the chance to catch trout carrying special white-coloured tags – one of these being a prize of $10,000.

The event gets underway on Opening Day, Tuesday October 1, and runs for 13 days until Sunday October 13.

Fish & Game staff will release 30 rainbow trout in the lead-up to the opening marked with specially numbered white-coloured tags - ten into each of the three lakes, Tarawera, Rotoiti and Okataina.

Fish & Game Eastern Region Manager Andy Garrick says Fish for Gold has been around long enough to be turning into something of an institution, an established part of the fun and festivities that surround the opening of the Rotorua lakes fisheries.

“It’s about inspiring people to get their licences and get out there fishing – with something tantalising thrown in – will I catch a winning fish?

“The promotion aims to inject some additional suspense into the new season – whether it be for families out on the lake boating, or shore-based fishers.   We’ve seen in the past that Fish for Gold generates a fair bit of banter and competition amongst anglers as fish are pulled in.”

He says “while it’s a bit of a lucky dip really, obviously the more time you spend out there, the better the odds.”

Andy says Fish & Game is very grateful to the local businesses who’ve put up prizes including Telfer Marine (Rotorua), Kilwell, and the Outdoorsman Headquarters who have also supported the event.

Numbers on the tags correspond to prizes contained in sealed and numbered envelopes and one of them contains the grand prize of $10,000, and another a Yamaha 2HP outboard motor valued at $950.

The other envelopes each contain a $200 tackle or voucher prize, “so every eligible angler who returns with a white tagged fish will be a winner”.

Andy says Fish & Game sees the promotion as a way of contributing something extra to Rotorua’s tourism and its reputation as one of the North Island’s adventure capitals.

Fish for Gold is free to enter.

All you need to do is have a 2019/20 Fish & Game fishing licence and register online prior to opening day.

Children under 12 are not eligible to enter on a free child’s licence, but can if they are included as part of a family fishing licence.

Details including entry form and terms and conditions can be found via Eastern Fish & Game’s web page: https://fishandgame.org.nz/eastern/