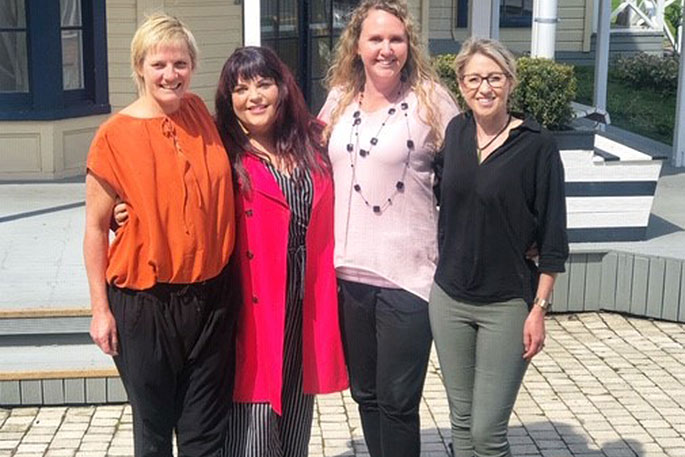 A number of Tauranga City Council candidates want to initiate a change to council’s engagement with the community.

Erika Harvey, Andrew Hollis, Heidi Hughes, Dawn Kiddie, Tina Salisbury, A.j. Tuhoro and current councillor Kelvin Clout say they are committed to find a new way forward right off the back of the election, regardless of who is elected.

“Tauranga City Council has not done well historically at identifying and engaging our communities and we all know this needs to change for effective governance and successful planning for our city,” says group representative Tina Salisbury.

“Our communities are filled with wisdom and have a much clearer idea of what is needed in their communities that the elected members do. We can do so much more together as a city of people engaged and invested in our city’s future.”

The group hope they can come up with a way to approach community engagement and community partnership that will benefit everyone.

Th group says this is not a self-serving agenda.

“The group of candidates who are presenting this initiative did not all know each other before this election season began.

“Each of us are standing for Council because of our love for the City and the people who live here.

“So rather than use it for our own gain to get elected, we decided to open it up to all standing candidates to participate in. This is an initiative for the benefit of our city no matter who is elected.”

By making this charter public, the group hopes to let the public know they’re committed to change the culture and practice of the City Council around authentic community engagement.

They also hope it will hold accountable those who agree to it, to actually follow through with action after the election.

“Those who have chosen not to put their names to it, are not necessarily against it in principle.

“Some of them simply needed more information before deciding and our deadline was tight to get it out before voting begins.

“Practically, it works. It produces great returns for the community and City Council.”

They say it increases engagement from residents and more trust in the City Council, increases buy-in from the community and partnership in decision making.

“We all know that council haven’t done this well, although may have been some desire to do so.

“All of the current re-standing Councillors have said they agree to this Community Engagement Charter which begs the questions, why haven’t they initiated it before now?

“The fact is only some of us may be elected and will be in a position to bring this powerful change to the way council functions going forward, but all of us have influence in the city and we all want to create positive change.”

In a nutshell, the initiative is a commitment to move forward collaboratively, with the diverse community, to find a new way of partnering in decision making, projects and plans for our city, based on models that are working in City Councils around the world today.

“There is nothing set in stone about ‘how’ this will take place. That is for those elected to determine, with the community, after the election.

“For a change to happen, it requires a commitment to a culture change and a process change, that involves more voices than just those standing for election, and they need to all be at the table to make those decisions together.”

The group says they wanted to start the conversation and present it in a way that it has more traction than merely an election promise to get votes.

“Each of us want to change the culture of our City Council around authentic, empowering, community engagement and the best way is together.”

Those who have signed their name to the Community Engagement Charter are:

View the charter in full here.

Look at all the names of present councillors on this ’charter’ list. What they have signed to do is hogwash! They promised the same thing last election and look at the chaos they have inflicted on the city - why have they ’seen the light’ just now - because the election is coming up again!! Bunch of hypocrites!! Lies - lies - lies!

A bit hypercritical from the existing members

Take the Sulphur Point Marine hub and the decision to remove the “Recreational reserve status” from part of the Sulphur Point Recreational reserve (Roughly 20% of it) You know the one along Keith Allen Drive The big grass area, the one according to the elected members (except two) that it is not used. “No one uses it and they wont even notice it gone” to quote one councilor.