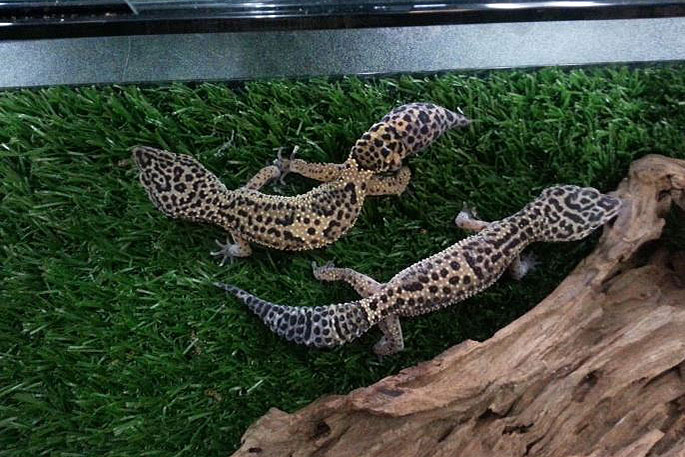 A pet store business, E Z Step Ltd trading as Petstop, has been prosecuted by SPCA for improper care of a kitten, a water dragon, and two geckos in its stores.

The business pled guilty and was convicted yesterday to four charges under the Animal Welfare Act.

This is the first time SPCA has prosecuted a pet store.

The first investigation of Petstop started on February 18 2015 when Petstop’s own veterinarian complained to SPCA.

This was concerning a black and white kitten with a ruptured cornea, presented to her for treatment at Petstop’s Newmarket store when she was conducting her weekly consultation at the store.

The veterinarian recommended that a decision be made promptly by Petstop about the kitten’s future.

The options outlined were to commence treatment of the eye with appropriate medications (an option which the vet considered had a 50 per cent chance of saving the eye), then remove the eyeball if treatment was unsuccessful, or take the option of euthanasia.

The vet prescribed medication for treatment of the eye and pain relief.

The veterinarian had formed the opinion that the kitten was in severe pain, and expected pain relief to be collected promptly and provided to the kitten - irrespective of the decision made by Petstop regarding the kitten’s future, says the SPCA/

Petstop decided to euthanise the kitten rather than try to treat the eye.

“Prior to euthanasia, Petstop did not collect pain relief or other medications to administer to the kitten.

“The kitten was in pain for a considerable period of time.  At the time of the eyeball rupture, the level of pain was acute.

“Thereafter until the animal was euthanised on February 19 2015, the kitten was in considerable pain and, for at least some of the time, severe pain.”

After euthanising the kitten, the vet notified SPCA.

Petstop records for the kitten showed its eye condition had been noticed to have deteriorated and was documented as such on 16 February 2015.

“Although the kitten had been seen by a veterinarian previously, the kitten was without veterinarian attention that day and thus untreated and without pain relief prior to being seen by the vet on February 18 2015.”

Petstop accepts through its guilty plea that it ought to have arranged treatment for the kitten more promptly to alleviate its pain arising from the ruptured cornea.

The second investigation began in April 2015 when an SPCA Inspector attended the Dominion Road Petstop shop in response to a complaint concerning the welfare of two leopard geckos and a water dragon displayed for sale.

“The two leopard geckos were in an enclosure that had no temperature or humidity controls or gauges.

“The water dragon was in an enclosure with no heat, UV light source, or temperature or humidity gauges, and there was no substrate on the floor.

“The three reptiles and their enclosures were taken into possession by the SPCA Inspector and taken to a veterinarian.”

Two exotic species vets confirmed that the enclosures for the two geckos were insufficient for their needs in accordance with good practice and scientific knowledge.

This environment would, over time, have resulted in the geckos suffering physiological stress, a lowering of their immune systems, and consequent exposure to disease.

“When an animal is in the custody of its owner, breeders, or pet stores, these people are completely responsible for the welfare of that animal.  This kitten suffered acute pain while at the pet store and was in pain for days thereafter,” says Andrea Midgen, SPCA CEO.

“Your obligations under the Animal Welfare Act 1999 are the same whether you are an individual, farm, or business. It is unacceptable that a pet store allowed animals to suffer under their watch.

“Additionally, when you are thinking of adopting, it is imperative you get your animals from reputable sources that maintain a high standard of animal welfare.  The best bet is to adopt from SPCA, where we ensure all animals are healthy and prepared for their new home prior to adoption,” says Andrea.