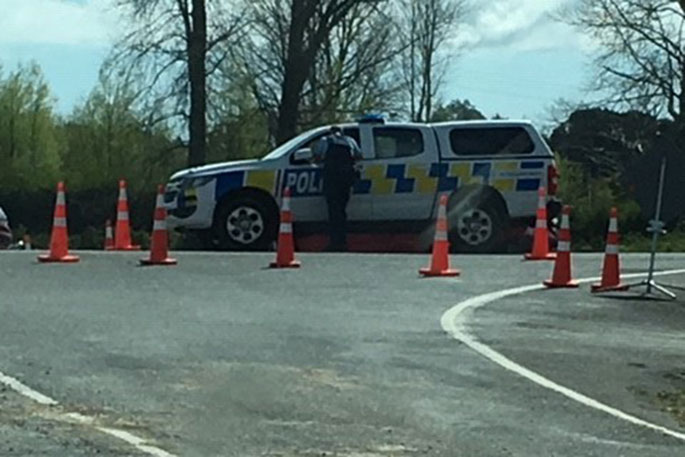 A police stop in the Eastern Bay of Plenty. Supplied photo.

UPDATE 10.55am: Police are making inquiries in the Taneatua area to locate a person of interest.

A police spokesperson says AOS is assisting as a precaution, as well as the Eagle helicopter.

“Police have spoken to the school, which has gone into its lockdown procedure.

“Cordons are in place and motorists should expect delays.

“Residents in the area are asked to remain indoors as there will be a number of police, including police dogs, working in the area.

“Anyone who sees anything suspicious should call police on 111.”

State Highway 2 in the Eastern Bay of Plenty is closed due to a police operation.

The NZTA says the highway running through Taneatua is closed in both directions.

“Due to a police operation, the road is closed between Morrison Road and Station Road E.

“Motorists are advised to avoid the area and expect delays.”

SunLive has contacted police for more information and will update this story when we can.

SH2 TANEATUA - ROAD CLOSED - 10:20AM
Due to a police operation a short section of #SH2 through Taneatua (just south of Whakatane) is currently CLOSED. Avoid the area or allow extra time for detour: https://t.co/6z8hcXhssj ^TP pic.twitter.com/7V0jjacXgo