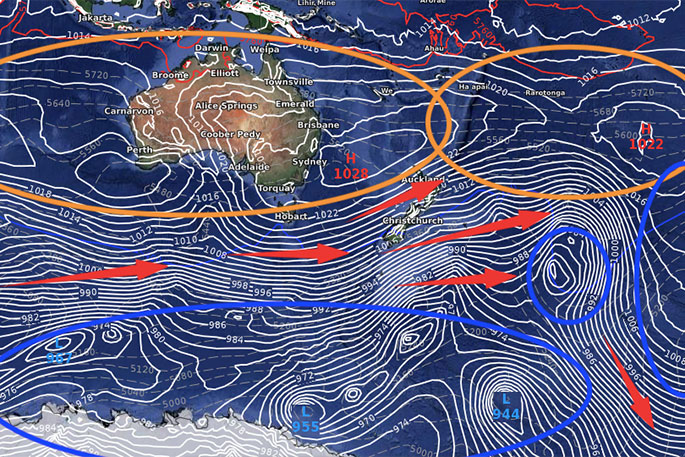 If you're wondering how the remainder of September is shaping up, WeatherWatch.co.nz may have a clue: More high pressure and more westerlies.

As a cooler south to south west change moves up NZ today a large high on Wednesday will start to push in from the Tasman Sea area bringing lighter, more variable winds.

"This big high coming (normal in September, in fact often around now they can be at their most powerful of the year air pressure-wise) will arrive on Wednesday and linger until at least next Monday.

"As it departs on Sunday and Monday it will pull down mild sub-tropical winds for a number of regions. This may spark a small area of low pressure mid next week - or just a burst of rain - mainly for the West Coast at this early stage."

Next week looks a little more unsettled - back to the westerly winds, some western rain and showers and an uptick in windier weather at times.

"Later next week, yet another large high (large in size but perhaps not quite so intense as this current high coming in) will drift from Australia.

"The modelling is still unclear about precisely where this high will track but either way it looks set to bring further westerlies but also drier weather further north in the New Zealand area.

"This set up for the rest of September means most rain clouds return to western NZ, and when the winds do blow strongest they are likely to be coming from the westerly quarter (SSW, SW, WSW, W, WNW, NW, NNW)."

The forecast, at this early stage anyway, shows no signs of any major weather event - but remember in September and October we can get suddenly surprised so check back for daily updates. 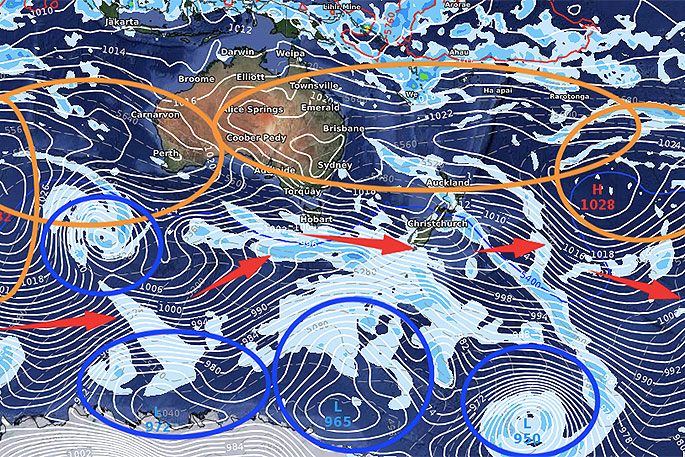 "We've circled in orange the areas of high pressure, blue the areas of low pressure. The red arrows indicate the spring-like westerly quarter wind that gets generated in between," says WeatherWatch.co.nz

"As you can see from both the American map above and the European map below, New Zealand is in the westerly flow but also closer to high pressure.

"These long range models aren't set in stone so check back for daily updates in case anything changes - but the general theme in the modelling does support this set up at the moment."