Growth in bus bike rack use in Tauranga 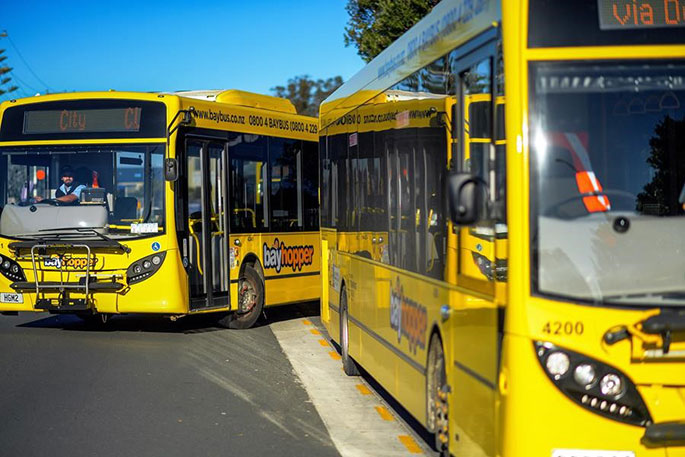 Bayhopper buses are equipped with bike racks on the front of them. Supplied photo.

Recent figures show that some bus users are ditching their cars altogether, council says in a statement released today.

“Buses and bikes are turning out to be a winning combination for Tauranga commuters, with the numbers of bike racks being used on Bayhopper buses continuing to rise.”

Racks became available on all Bayhopper buses at the end of 2018, and last month they carried more than 500 bikes.

Bay of Plenty Regional Council General Manager Strategy and Science Namouta Poutasi says the busiest stops at Bayfair and the Tauranga CBD are proving to be the most popular places for the bike racks to be used.

“Since the recording of bike rack usage started they have been used 1327 times from June 10 to August 31.”

Namouta says getting people out of their cars and moving around the Western Bay whether it be on buses or bikes is a step in the right direction.

“The Government has made its expectations and intentions clear around transport, seeking a commitment to building a modern transport network with investment in multi-modal transport systems and the provision of efficient alternative options.”

On Sunday 22 September, Tauranga is joining more than 2000 cities around the world to celebrate World Car Free Day.

Between 10am and 3pm, a section of First Avenue will be transformed into an urban public space for the day to host a free community event organised by Tauranga City Council.

Bayhopper travel will be free for the day and people will get the chance to learn how to load a bike onto the front of the bus with a bus parked at the First Ave community event. 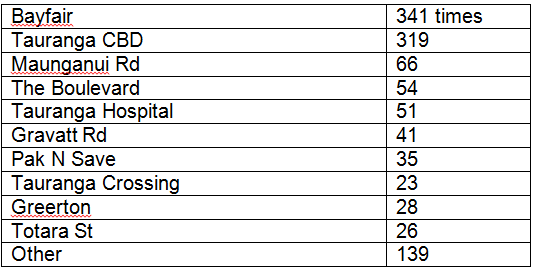 To see how to put a bike on a Bayhopper bus, click Here