Mild afternoons, with colder nights on the cards 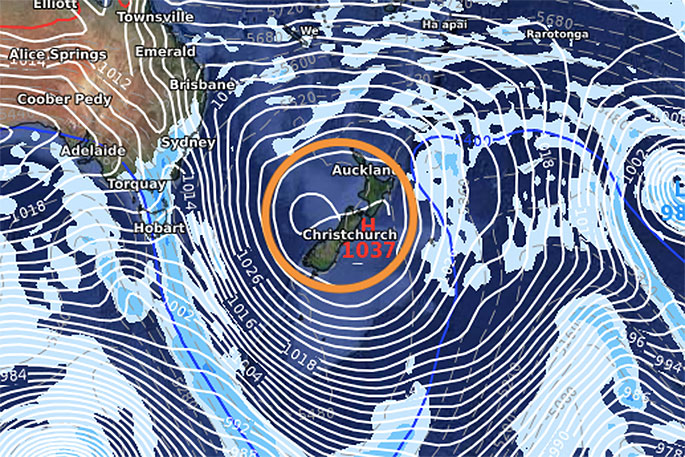 A huge high on the way for New Zealand is expected to bring mostly dry weather and light winds.

WeatherWatch.co.nz says it;s due to arrive on Wednesday and lingering to the start of next week.

It will mean mild afternoons but cooler nights with a few inland frosts here and there thanks to the light winds and clear skies allowing colder air to sink into the valleys at night.

"A cold front is currently moving up NZ with heavy rain on the West Coast today and on Tuesday that rain exits the West Cost and moves into the western North Island - but then the front completely falls apart, leaving mostly showery weather behind which should ease by early Wednesday.

"On Wednesday a few lingering coastal showers clear and winds become light as the high rolls in from the west."

From Thursday to Sunday the centre of this high covers most of New Zealand with dry weather, light winds and fairly sunny skies.

"This high will depart with a warmer than average sub-tropical airflow for the North Island too. While we may see a burst of rain early next week in the south, there are some signs yet another big high may be following in behind it for the final days of September (not yet locked in but showing up in the models now)."

DRIER THAN NORMAL WEATHER:
This map shows how much wetter, or drier, the next 7 days are based on historic rainfall over this same period in previous years. Red = drier than normal. White = average rainfall. Blue = Wetter than usual. 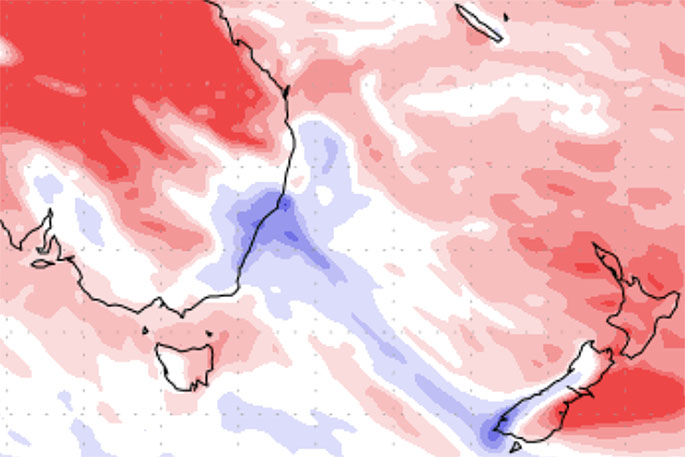 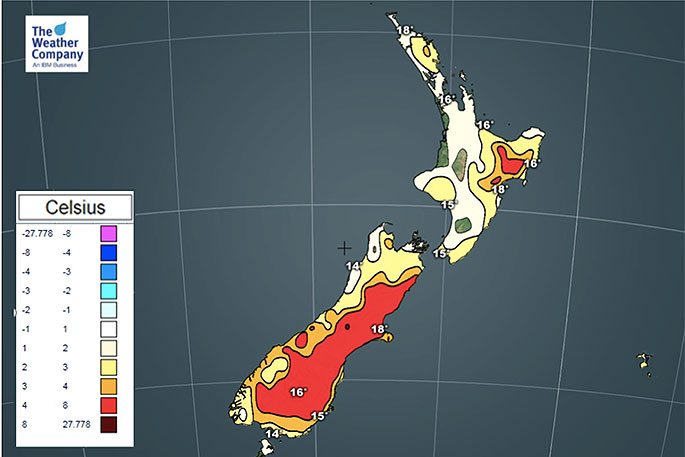