Lights go on in Wharf Street 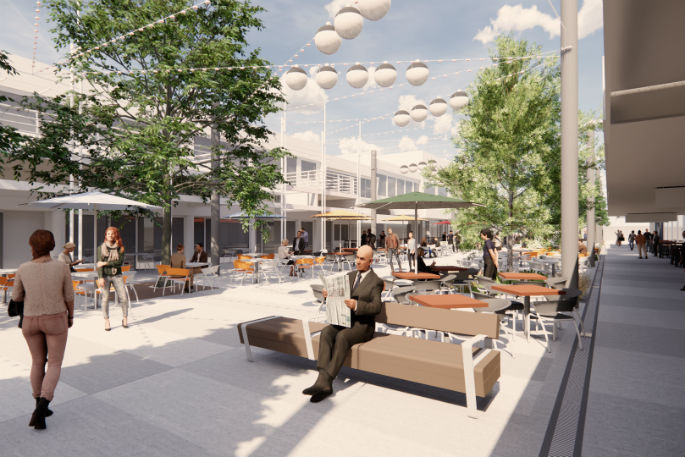 The concept plan for Wharf St includes lighting and more outside dining space.

At the time, the grand vision was for a pedestrian friendly eat street - “a place to meet, dine, relax, engage, be inspired and relax, a dining precinct that uniquely combines art, culture and cuisine”.

After a makeover a few years ago, Wharf Street is a drab and tired streetscape. There are empty, broken planter boxes, dilapidated seating, rubbish bins and illegally parked cars and delivery vans and a less than inviting “No Entry” sign at the harbour entranceway.

But Wharf Street is about to be reborn, a major injection is on the way for the eateries and watering holes that line the strip.

The Tauranga City Council proposes to pump $5,560,000 into another makeover for the restaurant and bar strip - $320,000 which has already been spent on design work and $5,240,000 on the revamp itself. It will also fund “contingency and risk” to make sure the project is delivered within budget, should unforeseen issues arise during construction.

And the business community is delighted the council has finally agreed to invest in Wharf Street.

“It will have benefits across the whole city centre,” says Sally Cook of Downtown Tauranga, the CBD business lobby group. “It signals to the community that the city centre is the civic, cultural and commercial hub of the region. And if we don’t invest in the CBD, then we aren’t moving forward.”

What will Tauranga get? The Tauranga City Council says it will be putting people first, celebrating culture and heritage. It also hopes to attract people back to a CBD bereft of people and help struggling inner city business which have been loud in their criticism of downtown development.

The Tauranga City Council says the Wharf Street upgrade will provide “a safe, relaxing space for people in the city centre, replace infrastructure that is due for servicing and will turn the street into an area that can be used for exciting events”.

Wharf Street businesses have all bought into the development. The council has received a commitment from all current Wharf Street hospitality businesses to take up licence to occupy arrangements, or a commitment they would continue to operate in the street.

The council says it will work closely with the businesses to manage disruption during the construction. Work is scheduled to start around the middle of April next year.

“Business on Wharf Street has waited too long for this,” says Sally Cook. “But the whole community stands to benefit.”

DID I MISS SOMETHING ??

6 Million spent on one bit of road not justified.

$320,000 for design. How rediculous. That’s about the salary for 3 professional designers for a year. What a joke

Yet another expensive pretty picture picture that had better deliver what it shows No cars No trucks Totally matching street furniture ( that all looks the same ) No fences between patrons More trees Only by making it truly matching will it feel united Get it right this time please.

I am all for upgrading the tired waterfront area, but 10 Million of tax payers money? Are you kidding me! And after just recently spending 3 Million. I would love to know where that end of the rainbow pot of money is please. I need to go there.