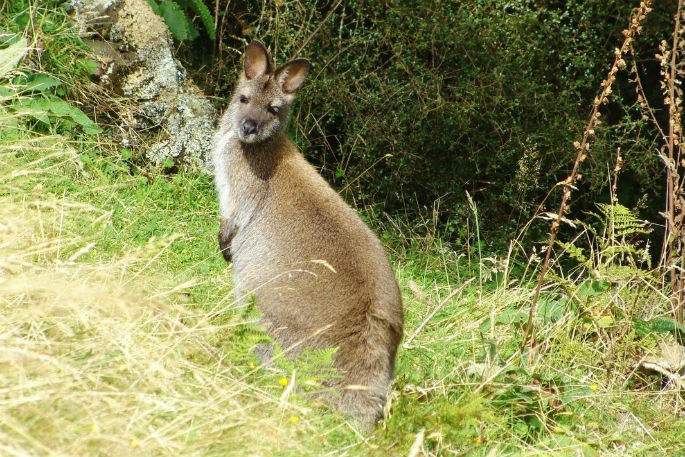 The Kaimai Range native forest is under threat due to the explosive growth of wallabies.

Wallabies could spread over a third of New Zealand within the next 50 years, unless control is increased dramatically, says Forest & Bird central North Island regional manager Dr Rebecca Stirnemann.

“They are like giant rabbits that eat their way through native bush, reducing the species of plants and trees by 57 per cent,” says Rebecca.

“They pose an enormous threat economically and environmentally.”

Once forest undergrowth is gone, the thick spongy layer of the forest floor that usually holds water is at risk of drying out.

Populations of dama wallabies in the Rotorua lakes region are dangerously high and threatening new areas, she says.

“They pose a terrible risk to native forests in Te Urewera and the Kaimai ranges, which they are edging closer to as they expand in numbers.

“If they get established in those beautiful, mature forests, the consequences would be disastrous,” says Dr Stirnemann.

People have reported seeing 20 to 30 wallabies a night around the Rotorua lakes.

The Bennett’s wallaby weighs up to 18kg and eats six times more than a rabbit.

If wallabies are allowed to spread without further control, the Ministry for Primary Industries estimates that in ten years they will cost $84 million per year in economic losses.

The current annual impact of wallabies is $28 million.

In 2017 to 2018 only about $1.38 million was spent on wallaby control by local and central government and private landowners, she says.

“It’s shocking that we’re not putting more funding into dealing with this plague of wallabies that’s moving across both the North and South islands,” says Dr Stirnemann.

The two species of wallabies, dama and Bennett’s, were introduced to New Zealand from Australia, in much the same way as possums.

oh no not more aussie pests