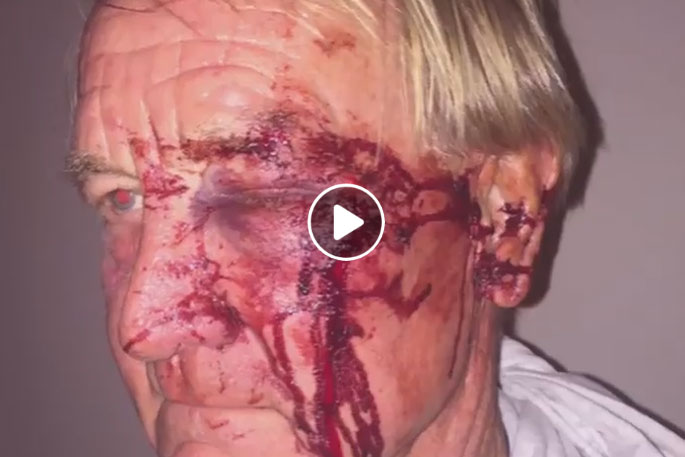 A group of home invaders, who brutally attacked a Coromandel retiree, are yet to be located by police.

Bob Noe was left with a fractured eye socket and fractured arm after three to four offenders stormed his house.

The group had travelled 3.5 kilometres down a rural track, through gates and electric fences to get to Bob's scenic home.

The retiree had woken to his dog barking around midnight and let it outside.

He woke shortly afterwards to people with torches in his living room.

Bob asked "who are you" and yelled at the group to leave, before torches were shone in his face. One of the voices sounded female. 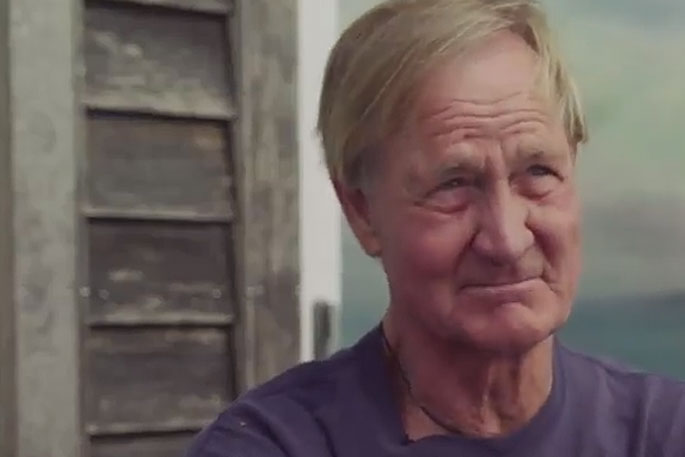 Bob now his wounds have healed.

A blow to the face sent him toppling to the ground before kicks began reigning down on him.

"My thought was this was it," Bob says on Police Ten 7. "To have an attack like this where you are almost killed, when you are beaten to the ground, when you are kicked to the head ... it is just wrong."

Bob managed to shield his head with his arms, which saw his arm fractured.

The offenders fled shortly afterwards but appear to have left a black and white panda onesie on his property.

"Bob believes this assault was meant to intimidate him, potentially to get him to move from this land. But it's become a bit more than that. The injuries he's received were potentially life threatening.

"There are potentially people that believe their status within the community gives them the right to act as they like, however, this is not the case."

Police believe locals of the "tight-knit" town know who attacked Noe and ask that anyone with information, no matter how small, come forward.

"It all paints a picture," says Damian.

Anyone with information that may help police can call 0800 107 INFO.

...about land and the ownership of it. The perpetrators believe they can intimidate Bob into leaving. They will believe their action was justified. They need to be caught and there should be a severe penalty as a warning to others. You don’t bash people up as a way to enforce your will on them. If there is an issue over the land they should be sitting round a table and looking at exactly what those issues are, with a view to compromising if possible. Bob presumably bought the land fair and square. He has a right to enjoy it without being attacked. Anyone who has an issue with that, needs to understand that the Law applies to all and the cops have a bigger gang than they’ve got...

A paradise for Punks - the newest pest : Skunks ( real stinkers ) ... Shame shame on them and their parents ...

I watched this item on Police 10/7 last night and was horrified that any human being had to endure that sort of a beating. Given that the offenders had to travel a very long distance up a private driveway which had locked gates is beyond belief. Only they catch those involved and they get due justice. (and not a wet bus ticket)