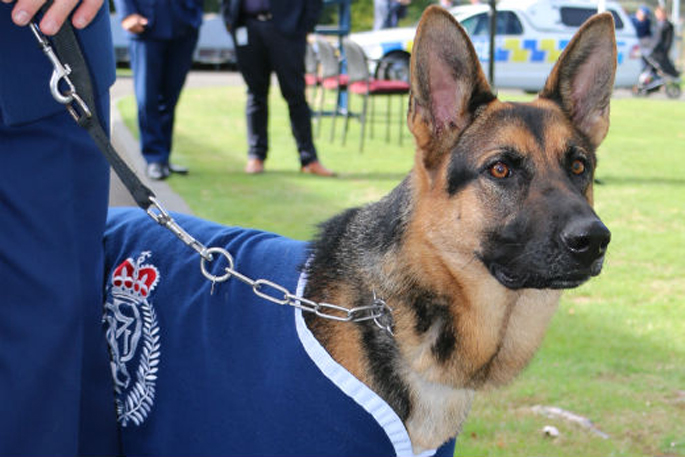 The four teams will be working in Tamaki Makaurau, Bay of Plenty and Wellington Police Districts.

National Coordinator of Police Dogs, Inspector Todd Southall says passing the final certifications to become an operational team is a great achievement and the culmination of hard work and months of training in their home districts and at the Trentham based dog training centre.

“Our job at Trentham and with their trainers in district has been to equip the handles and dogs with the skills and knowledge they need to be a high performing team wherever they work,” he says.

“Trainee dog handler positions are highly sought after and the standard we set is very high. It’s a proud moment for the four handlers to graduate as operational in what we think is the best job in police.”

Making tomorrow’s graduation all the more special is that the Governor General, the Rt Hon Dame Patsy Reddy will be making her first visit to the Police Dog Training Centre and presenting the graduating teams with their certificates.

Deputy Commissioner Mike Clement will also be taking part in the ceremony.

“We’re very honoured to have Her Excellency visit us, to meet with the handles and staff, and to make the presentations,” says Inspector Southall.

The graduating teams are:

Constable Nick Press from Wellington with patrol dog Ink. Constable Press has been a police officer for six years in the Hutt Valley and Ink is his first operational patrol dog.

Senior Constable Christine Lunt from Rotorua with Labrador Kode. Senior Constable Lunt has been a police officer for 23 years and Kode is her first operational police dog. She will be working with Kode in the Bay of Plenty and Waikato Districts as a narcotics detection role.