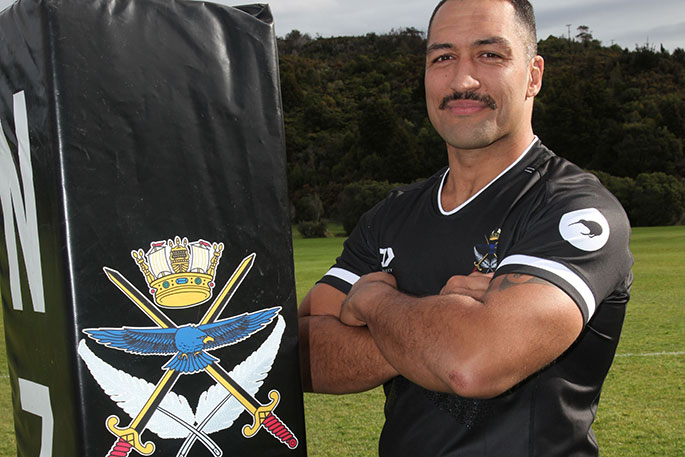 It’s not just the All Blacks who are playing in a rugby world cup this month.

Captain Tichborne, 30, from Tokomaru Bay, joined the Army in 2009 as a Logistics Officer, after finishing at Rotorua Boys’ High School and attending Otago University.

“I was trying to figure out what I wanted to do,” he says. “My father, uncle, cousin and grandfather had all served and there were these intrinsic values in my family, a sense of identity, and tangata whenua, that’s been a huge focus in my life.

“Being able to serve is something that I think is really a privilege. There’s a strong family tradition tied to Army through family serving in the Second World War, Singapore and Vietnam. I went home and found my purpose.

“I love the job I do. The ability to lead soldiers is something special.”

Rugby has been a passion in his life for as long as he can remember.

“I played Bay of Plenty under-16s, under-18s, and under-20s, then at senior level for East Coast Ngati Porou, the Rotoiti Club in Rotorua, and the Manawatu Turbos for four months.”

He says it was a huge honour to be picked for the Defence Blacks, where he will play as a prop.

The Defence Blacks will play their first game against Australia on Sunday and Captain Tichborne expects the teams to be evenly matched.

“The physicality and the speed of the game at this level is a massive jump, but it’s a challenge the boys can really get on board with.”

The Defence Blacks arrived in Japan on Tuesday.