US rapper Tyga to headline ‘Hip Hop in the Park’ 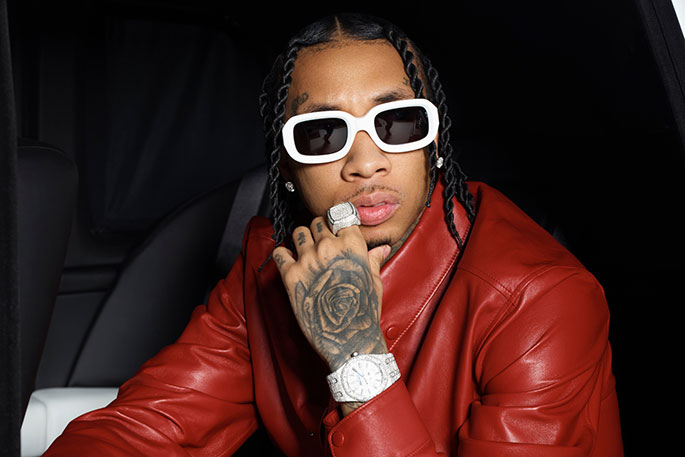 American rap superstar Tyga will headline a star-studded cast of local hip hop talent for the Hip Hop in the Park in Mount Maunganui.

Hip Hop in the Park will be held at Soper Reserve on Wednesday October 23 from 5pm to 10.30pm.
The line-up also includes New Zealand acts Melodownz, LMC, Poetik, ZEE, Raka and KID REY, with more exciting acts still to be announced.

This will be Tyga’s only New Zealand show, says event organisers.

Presented by Mai FM, Pato Entertainment, Audiology and Fabrik, Hip Hop in the Park will kick off the New Zealand summer, with its boutique festival-style vibes and one of the hottest hip-hop line-ups Kiwi audiences will experience this year.

“Tyga is an RIAA Certified Platinum rapper who remains a hip-hop fixture with his dedicated and growing following of millions across social media. What sets Tyga apart from other rappers is his authentic and statement heavy music.

“In addition to music, Tyga has made lasting impressions as a fashion designer and CEO with his dope shoots and making his presence known front row at New York and European Fashion Weeks. Tyga also serves as the founder of “Last Kings” clothing line while gracing the cover of Intersection Magazine, Nude, Flaunt, XXL, Fault, and more.”

Tyga will headline Hip Hop in the Park, sharing a stage with some of New Zealand’s finest rap and hip-hop acts, including Melodownz, who received critical acclaim for his 2018 release MELO & BLUES and up-and-comers LMC and Poetik.

“With Mount Maunganui only a three-four hour drive from Auckland, and central to other regional North Island towns, it’s expected that many will road-trip to the Bay of Plenty for this one-off hip-hop extravaganza, so punters are urged to get in fast to avoid disappointment. “

Tickets go on sale at 7pm tonight from https://www.theticketfairy.com/

SunLive has a double pass to the show to giveaway.

Simply enter on our competitions page to be in to win.